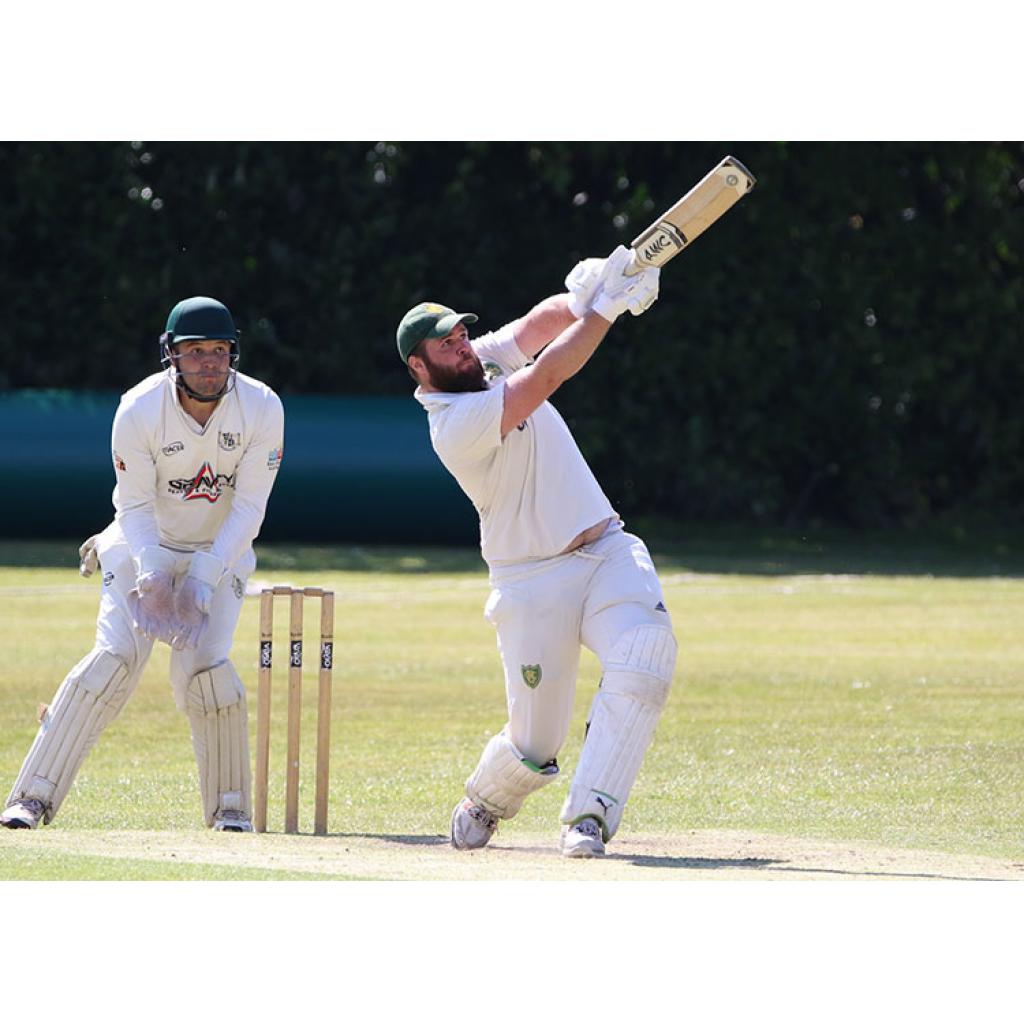 Hicks hit 77 and then took eight wickets in a devastating exhibition of fast bowling to help Barns produce one of the most dominant victories in club history.

Barns took the initiative from the off as opening pair Joe Cooper and Sam Smith scored 40 runs from the first eight overs, although the latter was sent on his way by Chris Stowell-Smith for 15.

Cooper made a run-a-ball 29 before also departing to Stowell-Smith, while Khurram Hussain added 26 as the hosts moved onto 83-3 from 21 overs. Despite three wickets for David Williams (3-49), Hicks put HBCC in a commanding position, reaching his half century in 70 deliveries.

After reaching the milestone, Hicks went up the gears with some lusty blows, striking four sixes and seven fours in total as he reached 77 from 85 balls before falling to Liam Sundve (2-84), who also dismissed Christian Dodson for a rapid 22.

The game had been in the balance at 119-5 before Hicks’ destructive knock, which put Barns in complete control having passed 200, and they still had time for further contributions from James Guest (25) and Tommy Smith (13).

Stowell-Smith (4-62) doubled his wicket tally in the latter stages, but he could not prevent HBCC posting an imposing total of 242-9.

Hicks then took over the game with the ball, claiming two victims in his second over to reduce the visitors to 4-2. Opener Matt Owen was the only Upton batsman to hit a boundary, top scoring with 7, but his resistance only lasted 14 deliveries until he also succumbed to Hicks.

The left-armer was running riot, registering three consecutive wicket maidens to secure his five-wicket haul, while Phil Dodd also got in on the act to leave the away side in a disastrous state on 16-6.

Dodd (2-12) gained a second breakthrough to continue Upton’s free fall, but the day belonged to Hicks as he carried on his dazzling display with a sixth dismissal.

And it was fitting that he concluded proceedings, removing the last two batsmen to leave Upton all out on 28, ending with incredible figures of 8-7 from 7.5 overs, including five maidens.