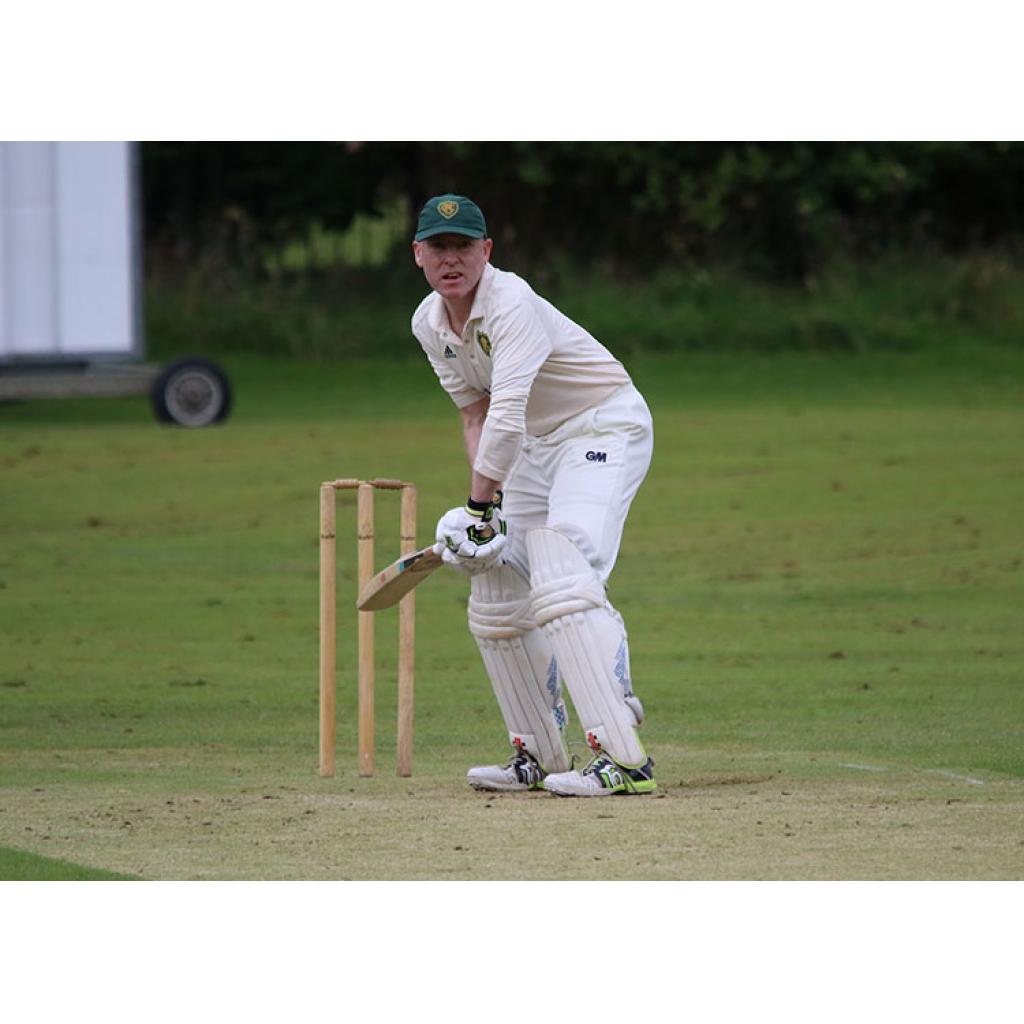 Hale Barns Second XI put together a commanding performance in all three departments to complete the 2019 season on a high with an emphatic 101-run victory over Bollington CC.

Opening batsmen Clive Collins and Farhan Rabbani set things up by both scoring half centuries, while James Guest and Jack Wylie took four wickets each to secure an impressive fourth-place finish in the division.

Bollington entered the game in a three-way fight to avoid relegation along with Ashton-on-Mersey CC and Stockport CC and the pressure appeared to take its toll in the early stages as the visitors romped to 52-0 in just eight overs, with Rabbani clearing the ropes on four occasions – losing two balls in the process.

However, the hosts eventually settled and admirably pegged Barns back, conceding 18 runs from the next 11 overs, although a breakthrough evaded them as Rabbani reached his maiden Second Team fifty.

But his exciting innings did finally come to an end in the 23rd over, with the Third XI skipper chipping one up to mid-off for an excellent 57, halting the excellent opening stand at 85.

Collins continued to accumulate steadily, while Guest enjoyed a fluent cameo of 23, which included a cover drive maximum. His dismissal sparked a flurry of wickets, though, with Barns slipping from 127-1 to 139-5 as Peter Henshall (2-64) and Julian McGovern (3-40) were rewarded for their persistence.

That brought the game back in the balance with 10 overs remaining, but Peter Stubbs shifted the momentum back in HBCC’s favour with a crucial knock, ably supporting Collins, who went to a deserved half century.

During his lengthy stay at the crease, Collins faced 122 deliveries before he was removed for 66, while Stubbs amassed 27 until he was bowled with the last ball of the 50 overs, which proved to be a vital strike for the home side as they secured an extra bowling point that helped them stay adrift of the relegation zone by a solitary point.

In pursuit of 197 to win, Bollington stuttered with the loss of both openers inside four overs for just 13 runs as Guest and Wylie both opened their accounts. Guest soon doubled his tally thanks to a sharp catch from Ben Croucher in the slips, but Barns were then unable to make further inroads as a result of a couple of drops in the field.

George Barker scrapped his way to a scratchy 23, but his luck eventually ran out in the 19th over as Wylie held on to a caught and bowled opportunity, while Guest then claimed his third victim with a perfect yorker to leave Bollington in severe trouble on 61-5.

Another seven overs went by without any further setbacks for the home team as they attempted to edge towards a potentially important batting point, but they were soon put on the back foot once again after Wylie (4-30) produced a double-wicket maiden to complete his 15-over spell.

Guest (4-49) also struck in his final over to take his tally to four and the collapse continued when Stubbs (1-0) introduced himself to the attack with a wicket maiden to finally dismiss number five batter Henry Cocks for 20.

And it was Guest who had the final say after his accurate throw from the long-on boundary was collected cleanly by Sanjeev Bhatia and led to a run out, ensuring Bollington were all out for 95 in 31.4 overs to cap off an impressive all-round display by the Barns.