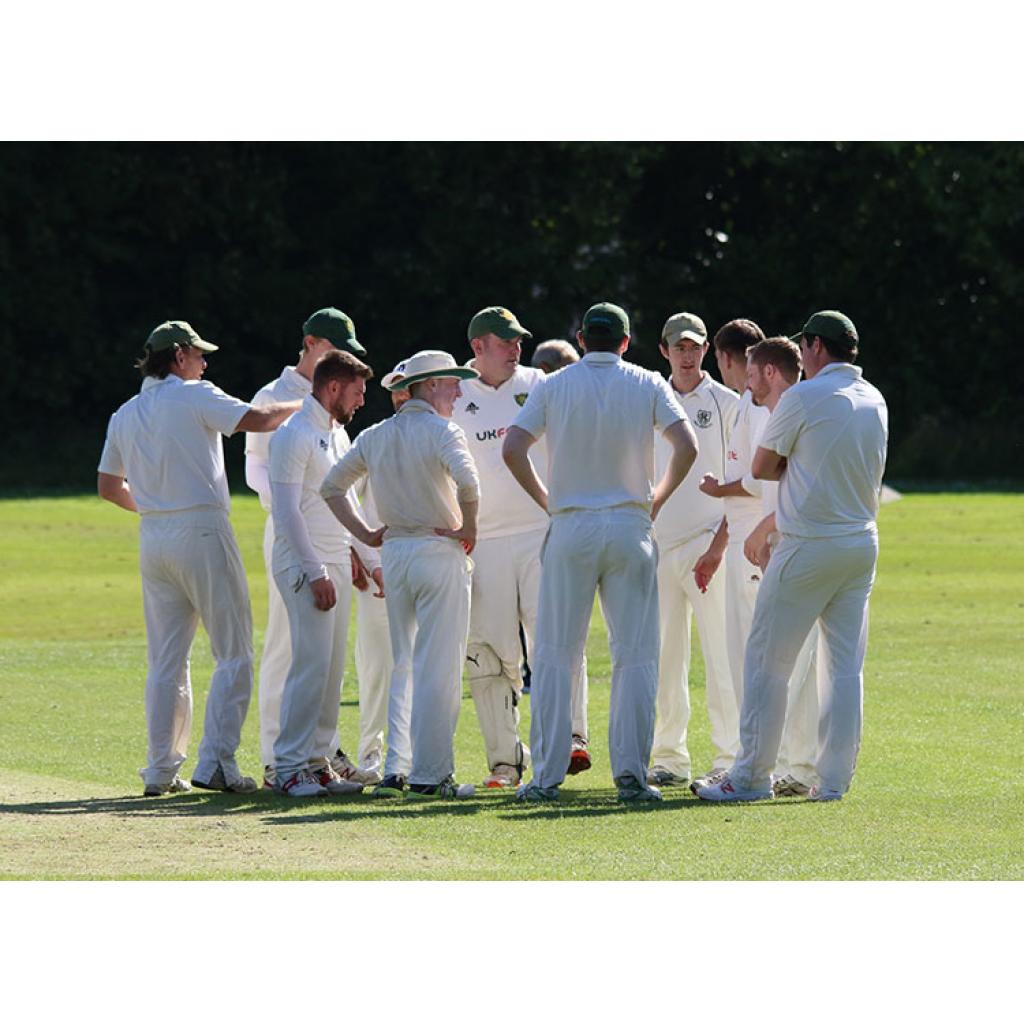 Hale Barns Second XI are in a rich vein of form as they secured their fourth successive victory to climb up to third in the table, just six points behind the promotion places.

James Guest (4-49) took four wickets as Cheadle Hulme CC posted 201 all out, while an opening stand of 150 between James Fullerton-Batten (58) and Callum Schora (84) helped Barns chase down the target inside 46 overs.

The hosts initially gained the upper hand when opener Waqas Ashraf raced to 24 with an array of aggressive strokes, but a wide full toss from Guest proved to be his downfall as he sliced the ball to Ross Dunleavy for a much-needed Barns breakthrough.

Cheadle Hulme’s run rate nose dived after that, with Nick Fish and Muhammad Aqeel unable to get on top of some tight bowling, although both batsmen somehow survived the opening spells of Guest and Jack Wylie.

Having taken the score to 66-1 just prior to drinks, it was a combination of Ellis Folkard and Fullerton-Batten who broke the deadlock, with the latter produced a sharp stumping to remove Fish for 17.

Chances continued to come and go for the visitors, with numerous aerial shots falling short or evading the grasp of the fielders. However, the return of Guest proved pivotal in causing a switch in momentum as he sent back Aqeel (26), Alex Read (30) and Max Ferguson (0) in quick succession as Cheadle Hulme fell from 101-2 to 110-5 heading into the final 15 overs.

The home side rallied again, though, with another partnership forming between Sohaib Farooq and Paul Brogan. The pair added 73 runs in quick time until Brogan departed for 35 off the bowling of Schora.

That prompted another flurry of wickets, with Wylie returning to trap Farooq lbw for a rapid 38, while Schora (2-40) and Folkard (2-27) both doubled their tallies before Wylie (2-45) wrapped things up at the conclusion of the 49th over as Barns were set 202 to win from 51 overs.

A new opening pairing of Schora and Fullerton-Batten began the run chase, with both batters carefully negotiating the first 10 overs at a rate of just over three runs an over.

Schora had failed to reach double figures in any of his four innings in the league so far this season, but rose to the task of leading the charge as he accelerated the scoring with a number of classy boundaries.

The stand-in captain achieved his half century as Barns moved on to 102-0 at the halfway stage, while Fullerton-Batten followed to the milestone shortly after drinks.

With Barns cruising to the target, the hosts turned to young left-arm spinner Rhys Collister, who recovered from a couple of expensive overs to finally end the partnership on 150, with Fullerton-Batten being caught at deep mid-wicket for 58 in the 32nd over.

Schora maintained his fluency with a maiden century in sight, but having already escaped a couple of fortunate drops, his luck eventually deserted him as Farooq produced a direct-hit run out to end his stay at the crease for an excellent 84.

Another Collister dismissal left HBCC with lingering doubts of a collapse at 161-3 with 13 overs to spare, but any fears were soon diminished when Andrew Willis made an important 23 off 17 balls, while Guest remained not out on 16 to confirm a convincing six-wicket victory.