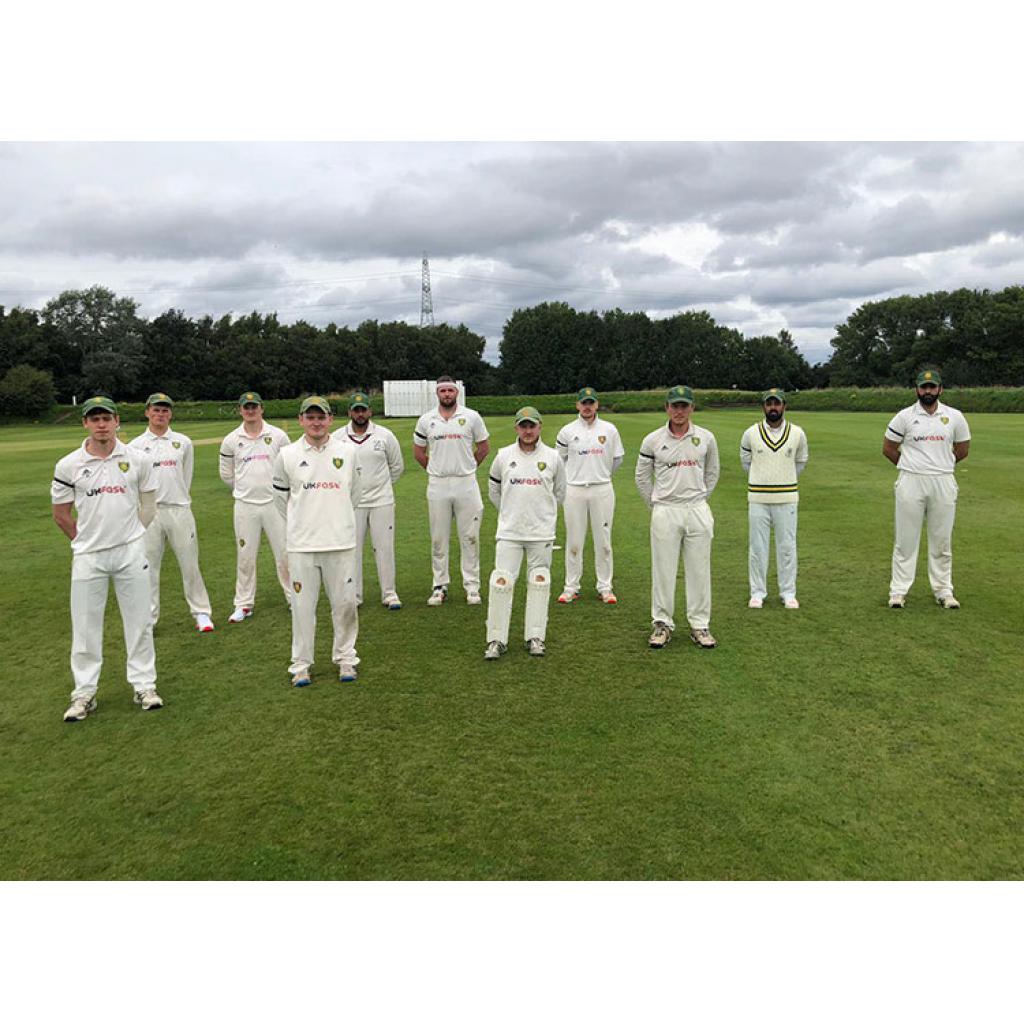 Sam Smith and Joe Cooper laid the foundations for a winning return to action for Hale Barns First XI, as the team started their 2020 campaign with a 33-run victory at Ashton-on-Mersey CC.

The opening pair both achieved half centuries to set the visitors on their way to an imposing score of over 200, while the wickets were spread between five bowlers to complete a professional performance.

Barns showed positive intent from the off having won the toss, with the openers racing to a fifty partnership inside nine overs. Cooper was first to reach his milestone just before the halfway stage of the innings, but departed shortly after for an excellent 56.

After a terrific opening stand of 106, Smith continued to accumulate and soon surpassed Cooper’s total, building another solid partnership with Tom Saddington, before eventually falling for a First XI career best 85, which included seven fours and three sixes.

He and Saddington (21) became two of four victims for James Marshall (4-31) as HBCC suddenly lost a flurry of wickets, slipping from 175-2 to 185-8. However, Christian Dodson ensured the away side would maintain the momentum with an exciting unbeaten cameo of 23 off 10 deliveries.

Having been set 213 to win, the hosts suffered a disastrous start to their run chase by losing two of their top three batsmen for ducks, with Ben Hicks (2-10) claiming both scalps, including an outrageous diving catch low to his right off his follow through.

Hicks was again in the limelight when he produced a run out to restrict AOM to 11-3, although Mark Weighill and James Lines were able to weather the storm and delay further punishment.

Lines made his way on to 30, but was stumped off the bowling of Cooper, while Weighill’s valiant resistance was ended on 26 by Jake Romer (1-31), who was unlucky not to add to his tally following a couple of drops in the slip cordon.

Marshall added to his wicket-taking success with a fine 52 off just 44 balls to keep the home team in contention on 147-5, until Cooper (3-49) sent him back to the pavilion to ease growing concerns of an unlikely revival.

Bilal Ahmed (1-17) got in on the act to celebrate his return to the club following a six-year absence, while Younas Saeed (2-32) struck with two perfectly executed slower balls to wrap up the victory, despite a late rallying effort from Mike Roberts (24) as Ashton-on-Mersey were dismissed for 179 with 4.2 overs remaining.