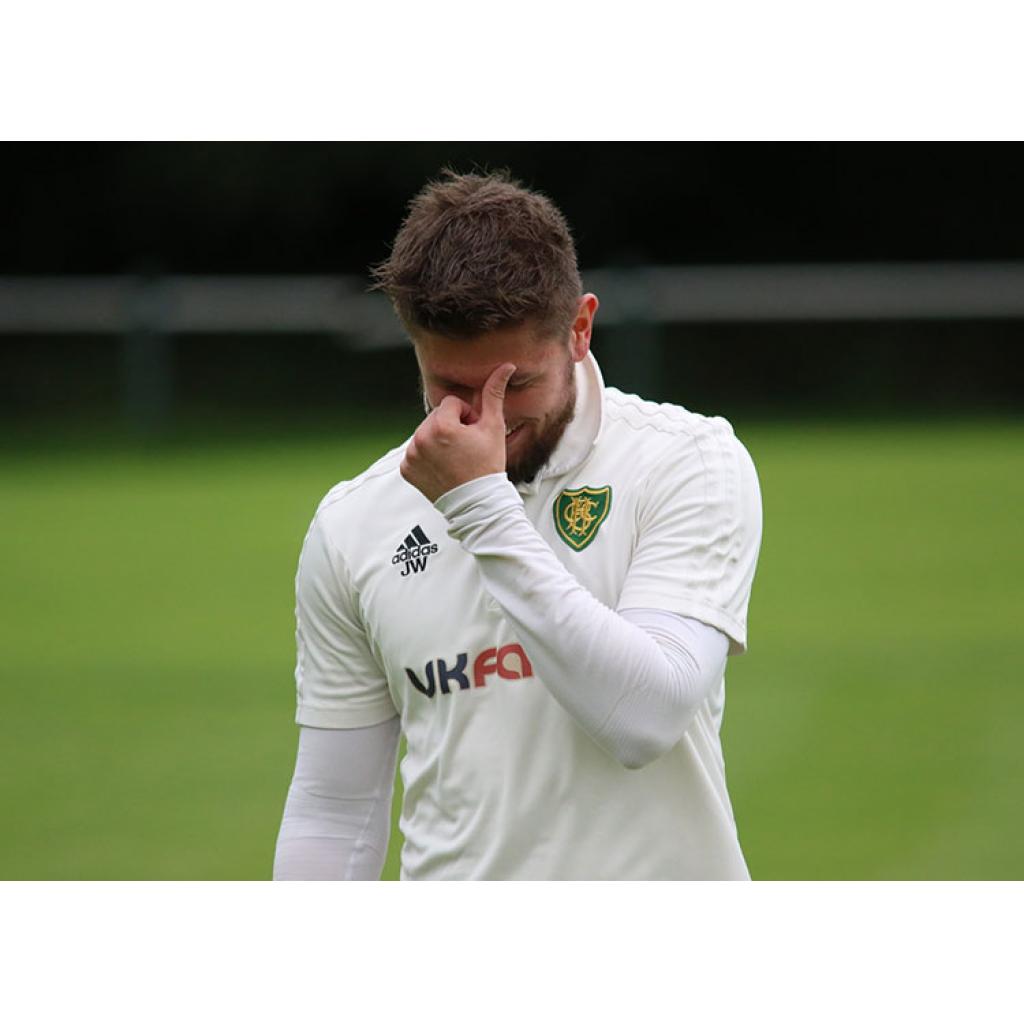 Terrific opening spells from Jack Wylie and Dave Saddington obliterated the visiting batting line-up, while Peter Stubbs made a crucial contribution with the bat to see Barns home.

A torrential downpour threatened to end the game before it even started, but some impressive work on the ground meant a 30-over aside match was salvaged, with HBCC making the most of conditions by winning the toss and electing to bowl.

The hosts took just four balls to strike the first blow, with Wylie kicking things off with a wicket maiden. By the fifth over, the away side were three down as Wylie claimed two victims in his third over – which included a sharp catch at second slip from Stubbs.

The misery continued to be heaped upon AOM as they slipped to 3-4 in the seventh over thanks to another Wylie wicket, while he then added a fifth dismissal with just his 25th delivery.

Saddington toiled with no joy having beaten the edge on several occasions, but yet another batsman found a way to get out in the 12th over when Steve Settle produced a run out to restrict the score to 8-6.

Six overs of respite followed, with Suhan Shetty threatening to be the first batter to reach double figures before finally falling for nine as Saddington was eventually rewarded for his consistent probing line and length, which was then backed up with a second in as many balls.

And he finished off his stint in the attack by adding a third to his tally to complete a fine 10-over spell with figures of 3-19, while at the other end Wylie (5-12) also bowled his full allocation with Barns in complete command at 31-9.

However, there was some fight in the tail as Charlie Sands chanced his arm with some leg-side hitting, ably supported by the resolute defence of Jordi Matthews.

The pair were able to bat out the final 10 overs and accumulated 34 runs together to spare some of the embarrassment, with Sands ending unbeaten on 38.

Having failed to chase down a target of 82 earlier in the season, HBCC knew they could not afford to take anything for granted and were soon in a spot of bother when they dropped from 13-0 to 13-3.

The efforts of opening bowlers Henry Blease (3-27) and Harry Vogt (2-13) were admirable as they made further breakthroughs to put Barns in a tricky position on 28-5.

Stubbs (27 not out) and captain Tom Entwistle (12 not out) steadied the ship, though, with both players showing the required application to resist further damage.

Stubbs was the more fluent of the duo, hitting 27 off 33 balls as they put on an unbroken partnership of 39 to get Barns across the line with 3.4 overs to spare.