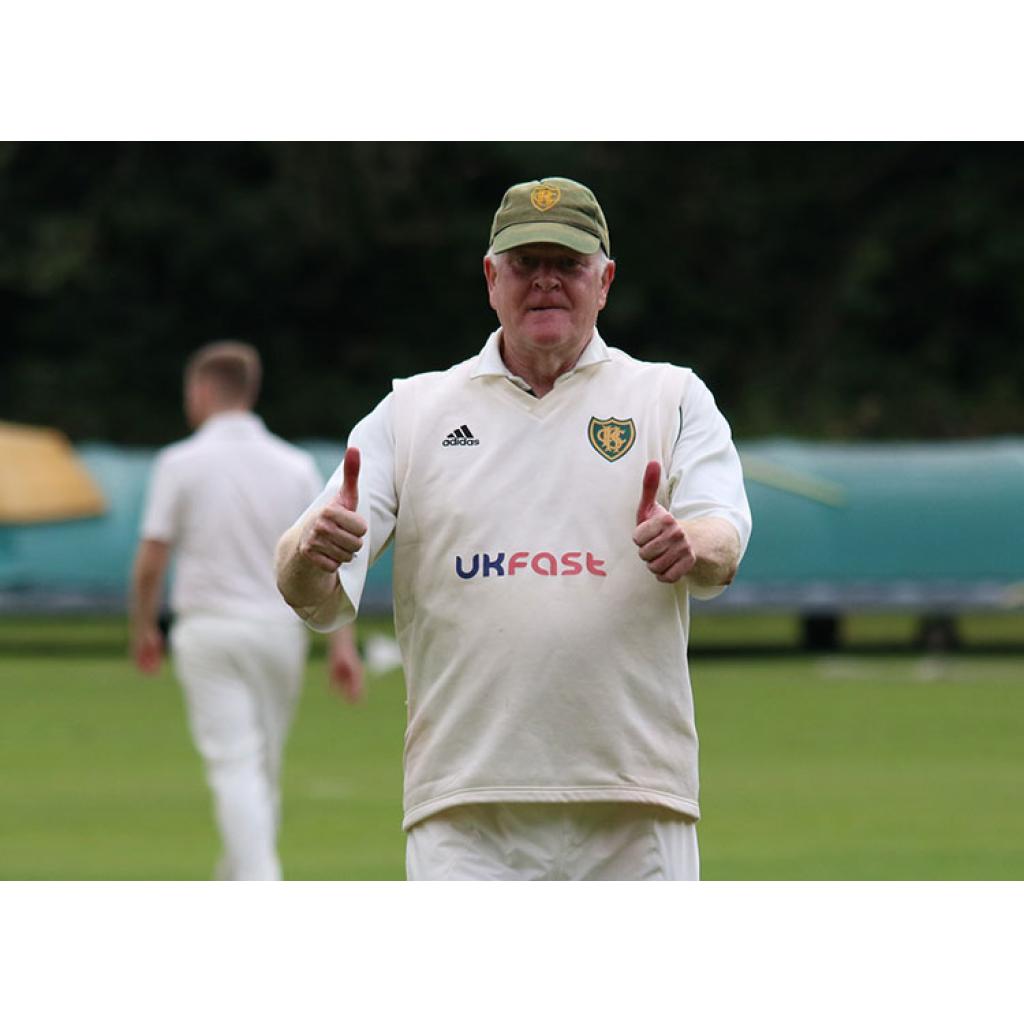 Dave Saddington ran riot as Hale Barns Second XI stayed in the promotion hunt with a comprehensive victory over Tattenhall CC by 130 runs.

The veteran bowler took six wickets to demolish the visiting batting order, while Nick Lathbury had set things up earlier on with a patient half century in tricky conditions.

Having elected to field first, it took Tattenhall 14 overs to claim their first victim when James Fullerton-Batten fell to Rashid Masood for 11 at 35-1.

With the wicket proving difficult to bat on, Tom Entwistle and Lathbury showed tremendous resolve and concentration to deny the away side of another breakthrough for the majority of the innings, with the pair adding 109 to the score.

Lathbury managed to reach his milestone, but finally departed shortly after for a terrific 58 off 85 deliveries with seven overs remaining having helped to put Barns firmly in the driving seat.

Mel Dobson (3-31) chipped in with three wickets, while Masood (3-44) returned to match that tally, but the flurry of late wickets did not include Entwistle as the captain remained unbeaten for the full 45 overs, facing 145 balls for his crucial 49 not out, allowing HBCC to post an above-par total of 180-6.

In reply, an opening stand of 28 between Jonathan Beddow (11) and Jonathan Bell (9) gave the visitors hope early on, but Saddington soon found his groove, sending back both batsmen in quick succession.

A sudden collapse saw Tattenhall lose five wickets for one run, with Saddington using the unpredictable pitch to wipe out the top four batters, while James Guest (1-13) also got in on the act to gain deserved reward from an economical 10 overs.

Saddington continued to probe in and around off stump and two took more dismissals before being withdrawn from the attack following a magnificent 12-over spell that included six maidens, with figures of 6-17.

And it was left to Ross Dunleavy (3-9) to clean up the tail, which he achieved in just 3.5 overs to help the hosts bowl out Tattenhall for just 50, sealing an emphatic result.