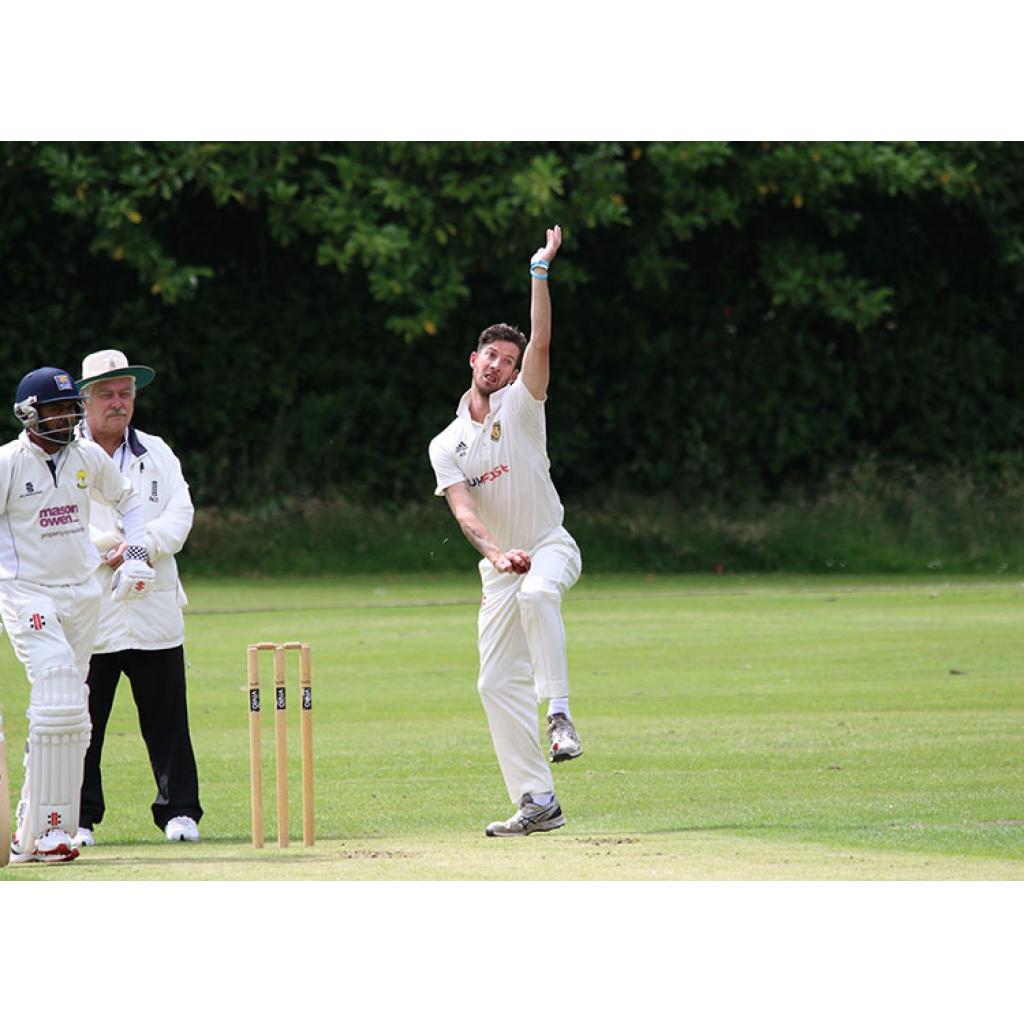 Alex Ross claimed his first five-wicket haul for the club, but another poor batting display left the hosts 48 runs adrift of Barrow’s first innings total of 171-9.

A solid opening partnership between Iroshan De Silva and Nuwan Amarakoon gave the away side the upper hand early on until the introduction of Younas Saeed instantly paid dividends as he took the wicket of Amarakoon (16) with 47 runs on the board in the 13th over.

However, further success eluded HBCC as De Silva and Alex Reid took the score to three figures before Dave Saddington finally made a breakthrough at 110-2, removing Reid for 25.

De Silva reached his half century but was unable to switch through the gears as his knock ended on 61 off 124 balls, with opening bowler Ross gaining his first victim in the 39th over after returning to the attack.

And having been 154-2, Barrow capitulated with the loss of seven wickets for just nine runs. Saddington doubled his tally to finish with excellent figures of 2-36 from 15 overs, while Sam Smith (1-16) was also rewarded for his 10 terrific overs.

It was Ross who stole the show as he dismissed Jarryd Basson for 27 before ripping through the lower order, ending with 5-44 to restrict Barrow to a below-par score.

A new opening pairing of Christian Dodson (18) and Clive Collins (10) lasted 11 overs, but they both departed in quick succession after Malcolm Barrow (3-31) struck three times as Barns slipped to 37-3 from the first 15 overs.

Tommy Smith (15) and Peter Stubbs (11) provided some brief stability, although neither could sustain a lengthy stay at the crease as De Silva sent both back to the pavilion to leave Barns in familiar territory at 72-5.

Nick Mumford (2-17) then got in on the act with two wickets of his own, while De Silva took his tally to four as the collapse continued for the home team at 98-9.

With 13 overs left to survive, Ross attempted an unlikely rear-guard effort alongside number 11 batsman Saddington (4 not out). However, De Silva (5-26) secured his fifth dismissal to wrap things up, ending Ross’ 43-ball resistance for 20 as Barns were bowled out for 123 with 5.5 overs remaining.