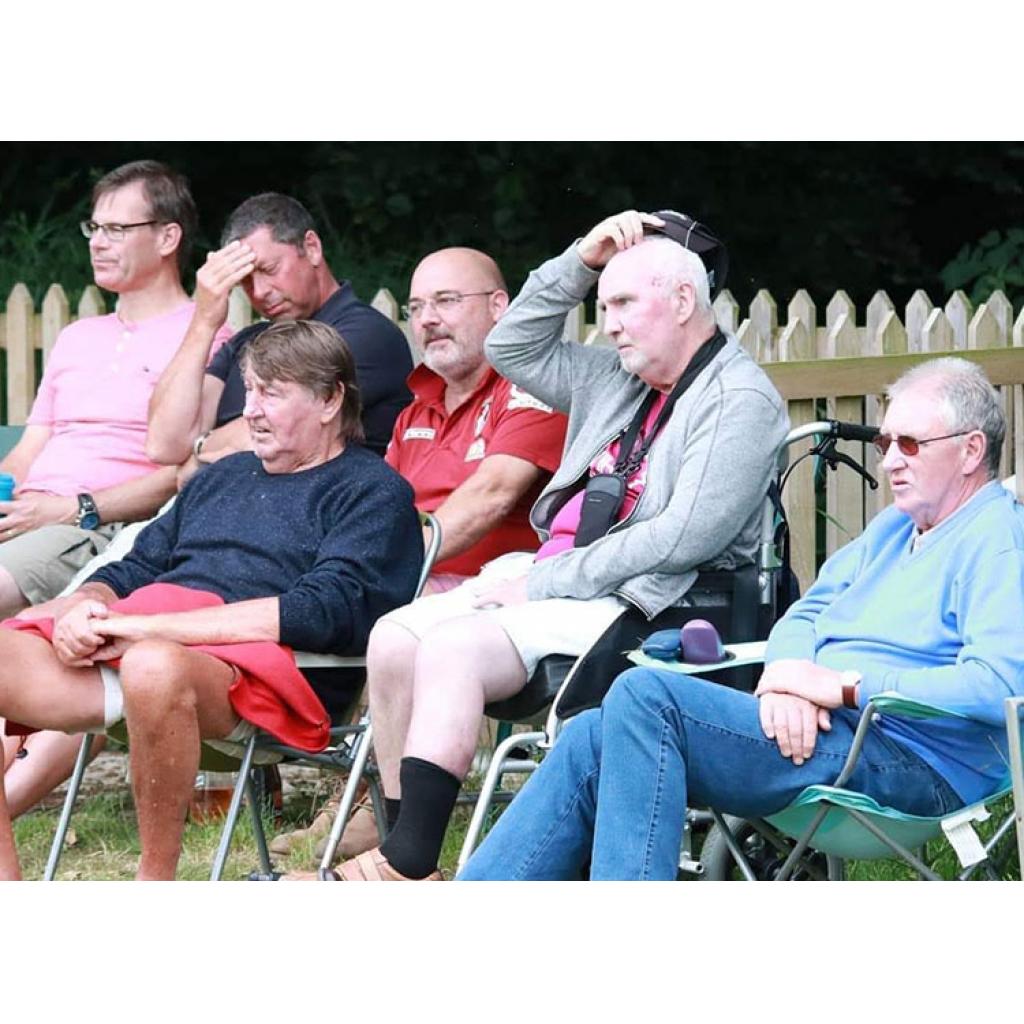 If Norman had been a stick of rock then I’m sure that the name of Hale Barns Cricket Club would have been etched inside him. His association with the club embraces the whole period of its existence. Formed in 1947, Norman joined as a Junior aged 16 in 1948 and he played with distinction at junior and senior levels until the 1980s.

By 1953 he was a regular member of the 1st XI and played frequently on Sundays. He had made several appearances for the 1sts the previous season, ‘showing an aptitude for and a knowledge of the game quite above the average’. In terms of runs and wickets Norman ranked with any player before or since. On the field he had a presence given to few.

He become Captain in 1957 and then led the team in nine of the next 12 years. He stayed as a member of the 1st XI until 1975 and in the evening of his playing career he topped the Sunday averages that season. He continued playing until the mid eighties. Although there was no such position as Club Captain he was held in such high esteem by the members that he was regarded as unofficial Club Captain. On the field he was known for his cutting and a slow bowling action with hardly a run up

According to the club’s 50th Anniversary Brochure (1997), it was said that a dog`s urinal on the path was sufficient for Norman to call off any match at home. It was true that he called off games quicker than other captains which may not have endeared him to Sunday cricketers who were perhaps losing their only chance of a weekly match. Norman was surprised by such fuss.

“I cannot understand playing a game of cricket in the rain and enjoying it. The ball becomes a lump of soap. No matter who’s bowling or batting, it’s not cricket.” In a match against Heaton Mersey he was on 49 when it started raining so he walked off leaving the fielders astonished – Norman had high principles and not playing in the rain was one of them!

Norman looked back with affection on the early days at Brooks Drive. He was a member of the Ground Committee and enjoyed mowing the outfield and the sight of social members carrying the one shilling and sixpenny teas (7.5p in current coinage) on a tray to the wooden pavilion in the corner of the ground. In those days Norman used to walk from his home in Brooklands carrying his cricket bag along the full length of Brooks Drive which started at the Brooklands roundabout (A560) a distance of about one and a half miles.

Norman was elected as Chairman in 1972 and during his period in office there were two significant developments. Firstly the Club were members of the Cheshire Club Conference and clubs arranged their own fixtures mainly friendlies and points were only awarded for matches against other Conference clubs. Hale Barns won the Championship in 1973 in the final season of the club Conference. In 1974, the club joined the Cheshire Cricket League – consisting of 12 like-minded clubs and would now be playing every Saturday for league points based on wins and ‘winning’ draws. It was not, however, until 1994 that the club were once again 1st XI Champions.

Secondly, following the club’s 25th Anniversary, HBCC realised that the old wooden structure which had served as a pavilion had had its day and as a consequence of the industrious work of many dedicated members including Norman over several years a new pavilion was constructed and the Opening ceremony was held on Sunday 12th May 1974 with the official opening by David Lloyd, Captain of Lancashire CCC, followed by a social match between a Hale Barns XI and a Cheadle XI.

Norman also established the principle that the Chairman would officiate at monthly committee meetings formerly chaired by the President with the President becoming a figure head presiding only at AGMs. For his prestigious efforts, Norman was elected a Life Member in 1978 and further honoured as President for the period 1981 – 1984.

During a long and happy retirement Norman continued to follow the club’s fortunes and was a founder member of ‘Critics Corner’ bringing his own deck chair and enjoying a cup of tea and a sandwich with other long-time members . His presence on Saturday afternoons will be sadly missed.

A Service of Thanksgiving for Norman was held at the Parish Church of St. John the Devine in Brooklands, where he had been a regular worshipper, on 25th March 2019 attended by his family and his many friends and acquaintances. The Service was conducted by the Venerable Alan Wolstencroft.

The club has sent its condolences to Gail and his family. We are privileged to be asked to hold a ceremony to spread Norman’s ashes which will take place on a Saturday to be confirmed at the conclusion of a 1st XI Match.

It is the Norman Brierley`s of this world who keep the spirit of amateur cricket alive and well.