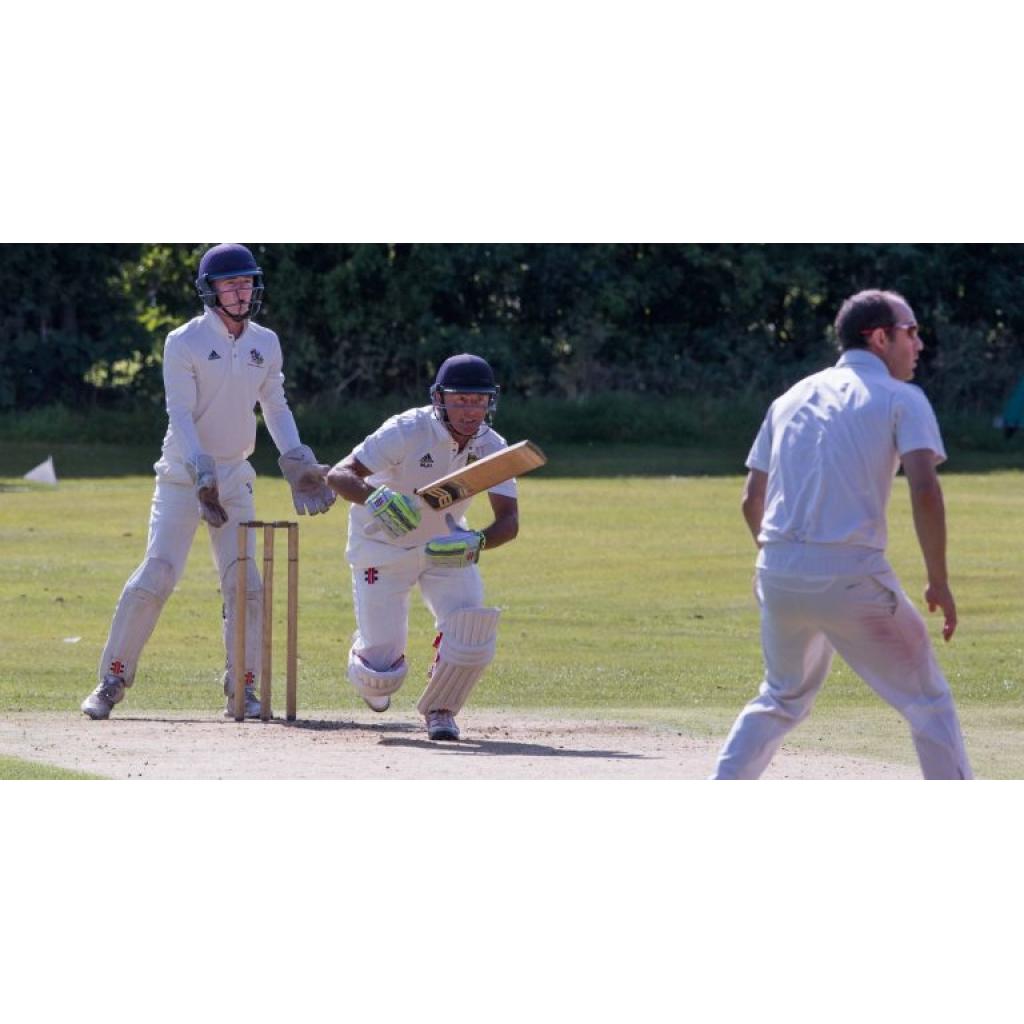 Hunter’s Half Century Not Enough For The Firsts

Mike Hunter continued his consistent form with an unbeaten half century but it was not enough as Hale Barns First XI slumped to defeat against top of the table Runcorn.

Barns lost both openers inside the opening 15 overs as they were dismissed by Jordan Grobbelaar (4-61), with Joe Cooper making a classy 23 to take the score to 53-2.

Hunter and Hashir Dafedar have formed an impressive partnership in recent weeks and appeared to be going well again until Dafedar was removed for 21.

Chris Colley took over the role of aggressor, while Hunter maintained his usual patient style as Barns built on a strong foundation to accelerate the run rate in the latter stages.

Colley departed for an important 35 as the visitors progressed to 145-4 with 11 overs remaining, but Hunter carried on accumulating runs and reached a terrific half century.

Ben Hicks was the man to produce quick runs with a blistering cameo of 31, while Hunter carried his bat to the end, finishing on 81 not out to lead Hale to 215-8.

In reply, Hicks (2-67) made a huge breakthrough in sending Grobbelaar back to the pavilion for just 10, but Ian Cherry and Ben Clissold ensured Barns would make no further inroads early on.

The pair piled on the runs with Clissold in particularly destructive form as he struck four sixes in a brutal 74, while Cherry made 63 before the away side finally found a way through their defences.

John Purchese (2-45) then claimed a couple of wickets in quick succession to bring Barns into contention, but Runcorn steadied the ship through Steven Sheakey (36 not out) and Ryan Beech (12 not out).

The bowlers were unable to salvage a result as the duo steered the hosts to the required target with four wickets and 4.4 overs to spare to leave Hale 21 points adrift of a promotion place with five games left.