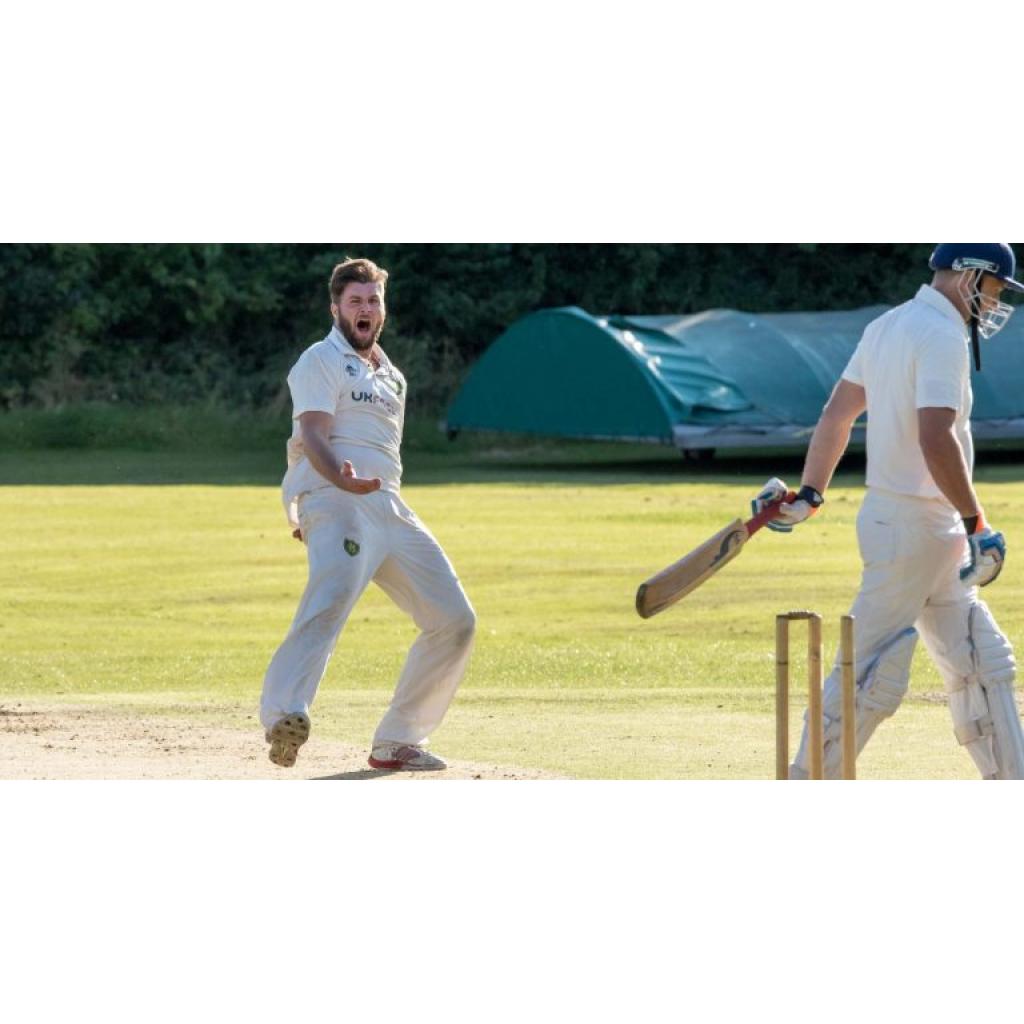 Joe Cooper made a classy half century as Barns dominated with bat and ball to climb into a promotion position in the Cheshire Cricket League Division One with just three games remaining.

Openers Chris Colley and Cooper gave the visitors an ideal start with a partnership of 63 after 13 overs until the former was dismissed by Ben Johnson (2-36) for 23.

Cooper played with fluency and was joined at the crease by Ben Staniforth following Johnson’s second strike, with the youngster targeting the boundary from the off as the pair added 76 for the third wicket.

However, a flurry of wickets fell as Barns attempted to accelerate the run rate in the final 10 overs, with the score changing dramatically from 151-2 to 181-7 in the space of three overs.

Cooper was the first to fall after a run out by Josh Coleridge, while Mark Weighill (4-36) ripped through the middle order with four wickets, including Staniforth for almost a run-a-ball 33.

But Hale continued to accumulate runs at a rapid pace thanks to Ollie Latter’s 38 not out from just 26 deliveries as they progressed onto an imposing total of 232-8 from their allotted overs.

In reply, Dave Saddington gained an early breakthrough to restrict the hosts onto 7-1, but second-wicket duo Lee Brooks and James Lines ensured there were no more casualties after 10 overs.

But both batsmen were soon back in the pavilion as Hicks inevitably got in on the act by removing Lines for a quick-fire 31 before Brooks (10) became the left-armer’s 50th victim of the league campaign.

And from 46-1, Mersey were suddenly struggling on 52-4 as Hicks claimed a third dismissal before adding another to his tally after ending a brief cameo from Coleridge of 18 from 9 balls that consisted of three fours and a six.

After another short spell of resolve, the home team suffered another collapse when they slipped from 91-5 to 98-8 as Hicks (5-36) took his fifth wicket, while Cooper struck twice, including Akash Patel for 20.

Tail-end batsmen Johnson (14) and Josh Knowles (15) were stubborn in their resistance, but both eventually fell to Latter (2-13) as Mersey were bowled out for 133 inside 31 overs.

The result lifts Barns up to second, two points ahead of Stockport Georgians, who are their next opponents this weekend. The club encourages locals to come down to Brooks Drive and show their support on Saturday as the two promotion rivals go head-to-head.