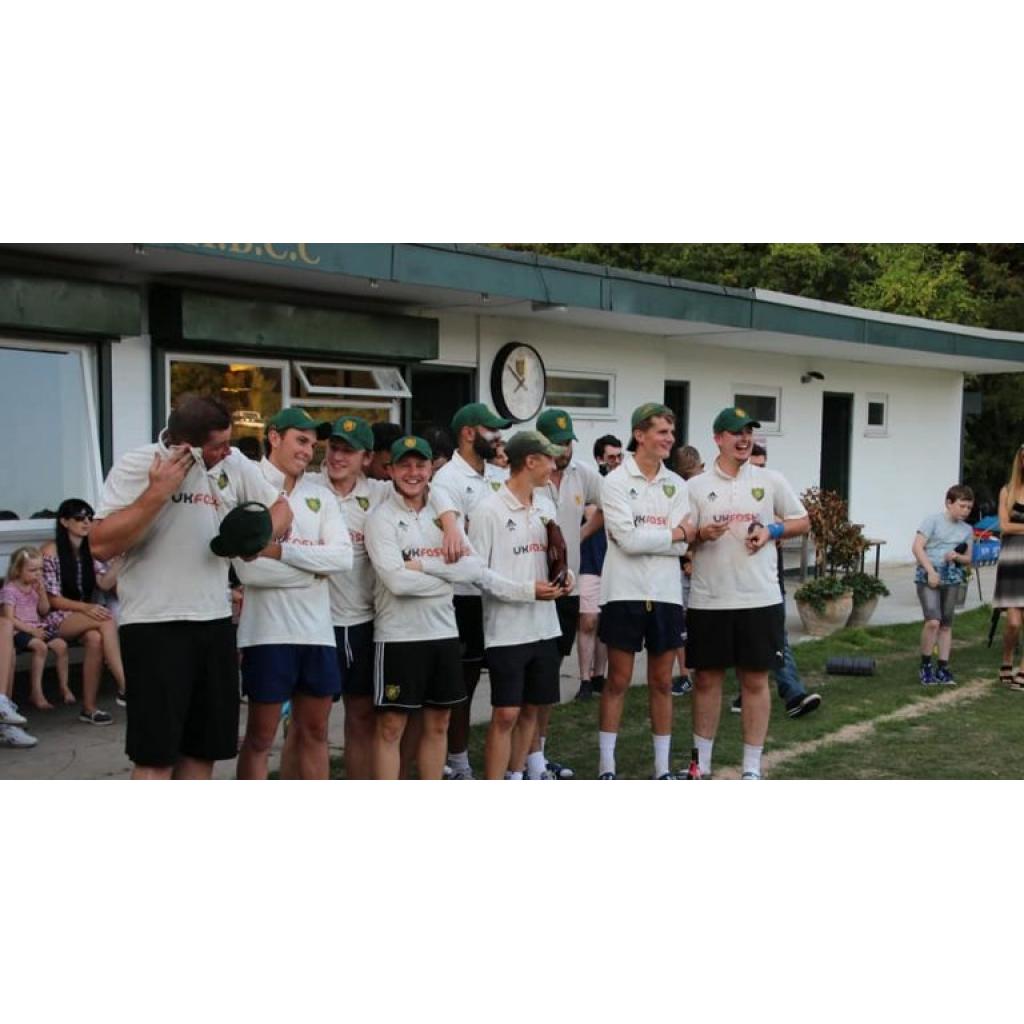 After a long offseason, cricket is finally back for the 2019 season.

For Hale Barns CC, there is a new regime leading the First XI for the fourth successive season, with Tommy Smith taking over the captaincy from strike bowler Ben Hicks.

The wicket-keeper batsman only joined the club last season, but impressed with some consistent scores at the top of the order and boasts prior leadership experience after spending two years as captain of Ashley CC.

“If you’d have told me this time last year that I’d be in this role, I wouldn’t have expected it,” Smith said. “But I think it just shows how welcoming the club is – I slotted in straight away and from the first game I felt I was part of the leadership group.

“A lot of credit must go to Hicks for what he did last year – I think he did a lot of good stuff on the field. As a wicket keeper, I’m very vocal anyway and help a lot in setting the field, so hopefully it’s just a continuation of that rather than a massive change for everyone.

“We believe that risk equals reward and fortune favours the brave.

“Cricket is hard to plan at times, so you’ve got to improvise and trust your instinct. I’ve got good people around me too – Ben Staniforth is a good captain and has a very good cricket brain and we’ve got Joe Cooper and Khurram Hussain in the slips as well.”

Barns enjoyed a solid first campaign back in the County Cricket League last season having gained promotion in 2017, with the team comfortably finishing in mid-table, while they produced a remarkable run in the Cheshire Shield which ended in silverware after a nail-biting one-wicket victory over Stockport Georgians in the final.

Having invested plenty of time into planning for the new season during the winter, Smith believes the club have identified areas to develop the squad as they aim to improve on last year’s success.

“I think the key thing for us is to clean up the batting,” he admitted. “I think we competed well against most teams throughout the season, so it’s just a case of being more consistent.

“We’ve got two of the best batsmen in the league in Cooper and Khurram.

“Ben Staniforth has looked great in the nets and he’s had a great winter with Cheshire, so I think he’ll have a breakthrough year. Ben Hicks will bat higher and score a lot of runs, so we’ve got a lot of talent. We just need to bat smarter on a Saturday.

“Joe Fretwell-Walsh not being available is a big miss and hopefully we’ll have him back at some point, but we’ve got young players to come in. Ben Motamed is a quick left-armer, who is an interesting prospect for us. James Guest has been really good during winter nets and I think we’re looking at him to fill the role that Fretters has left.

“Overall though, people know their roles now. The opening partnership is settled, the middle order is settled, the opening bowlers know who they are and then we will also get players like Younas Saeed back at the end of May to strengthen us for the second half of the season.”

Despite the inconsistencies with the bat, HBCC targeted a bowling all-rounder for their overseas player, with Aussie Alex Ross looking set to spearhead a talented attack.

“We discussed at the end of last season that we could use a little bit more firepower,” Smith continued. “It’s an aggressive move from us and it could be viewed as a bit of a gamble considering it was the batting that probably let us down at times last year.

“We feel that batsmen win you games, but bowlers win you leagues.

“Hicks at full fitness is a real force, Joe Cooper got 50 wickets last year and then add in an overseas opening bowler too, we can really take teams on and take some pressure off the batsmen. From what we’ve seen, Alex has got a great action, he won’t get injured and he won’t go for many runs, so I think if he can adjust quickly to the English pitches then he’ll do really well.”

Smith is expecting his players to be firing from the off as they open up at home to Alvanley CC this weekend, with newly-promoted Congleton CC and Barrow CC – who suffered relegation last term – on the horizon.

“We’ve got to start well and I think with the team we’ve got, we can really go on a run and aim for the top two positions,” he added. “I’ve no doubt that we have some of the best players in the league, it’s just about putting it together week after week.

“The key is to improve on last year and also try our best to retain the Cheshire Shield. I think other teams will be wary of us and last year’s promotion for the 2s shows that we have strength in depth at this club which will help us challenge all season.”