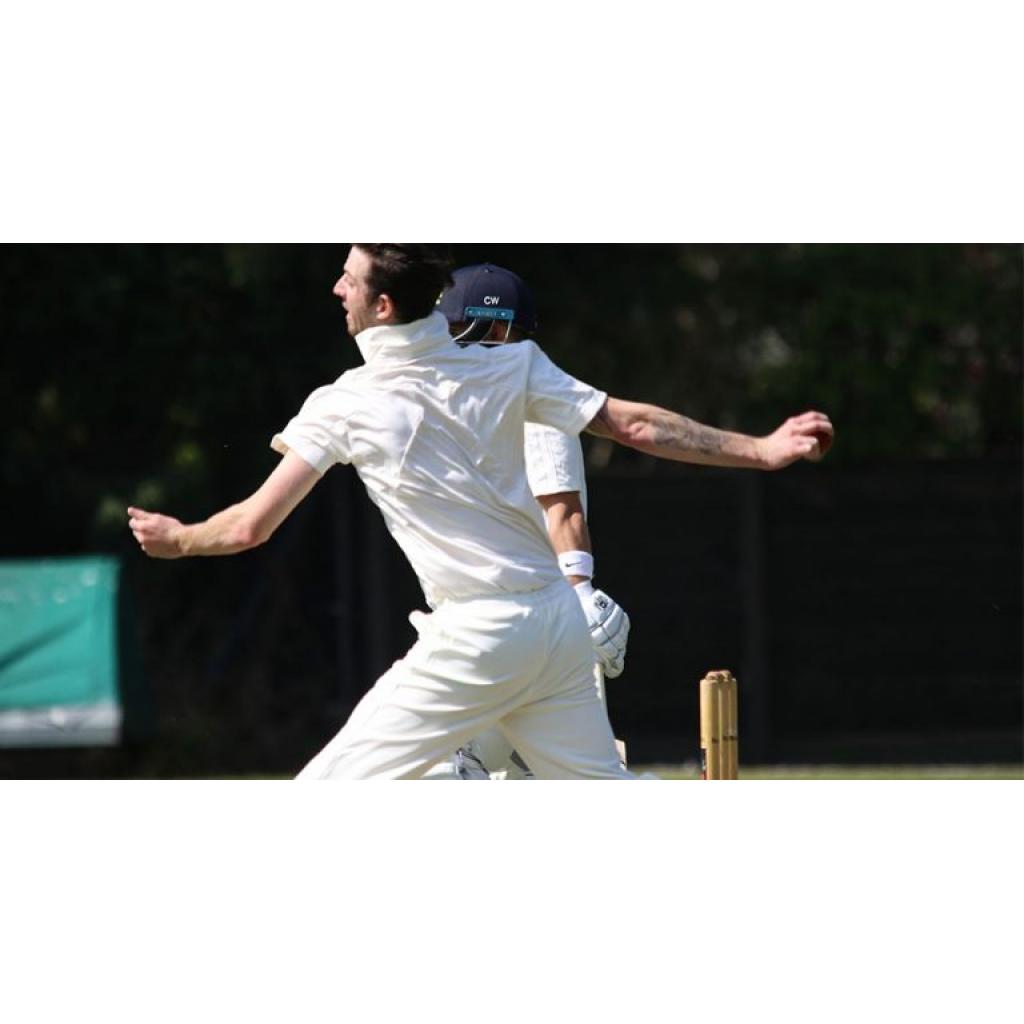 Hale Barns First XI sent a warning to the rest of the Cheshire County Cricket League Division 2 as they began the 2019 season in perfect style with a convincing five-wicket victory over Alvanley CC at Brooks Drive.

Having won the toss and electing to field, it took the hosts less than three overs to make the breakthrough, with Hicks claiming the first wicket of the campaign with just nine runs on the board.

Spin was introduced into the attack in the form of Cooper, who quickly got in on the act before Hicks (4-29) celebrated yet another scalp, with Wright departing for a patient 28.

Left-arm quick Hicks completed his 15-over spell with eight maidens and Barns were relentless as Ross returned to the action to send two more batters back to the pavilion, while Cooper (2-34) got his second wicket to restrict the score to 71-9.

Away captain Chris Charles became just the third batsman to reach double figures, but he could only manage 12 before Ross wrapped things up, sealing a magnificent debut performance with figures of 4-21 from his 13.2 overs.

Chasing just 87 to win, Barns suffered an early slump as openers Tommy Smith (2) and Cooper (9) were both removed inside 10 overs, although Ben Staniforth and Khurram Hussain steadied the ship with an important partnership of 46.

However, Staniforth was ran out for 21 before C Charles (3-27) struck twice in quick succession as the home side fell from 63-2 to 72-5, but Hussain held his nerve with a fluent 29 not out to see Barns home in the 27th over.