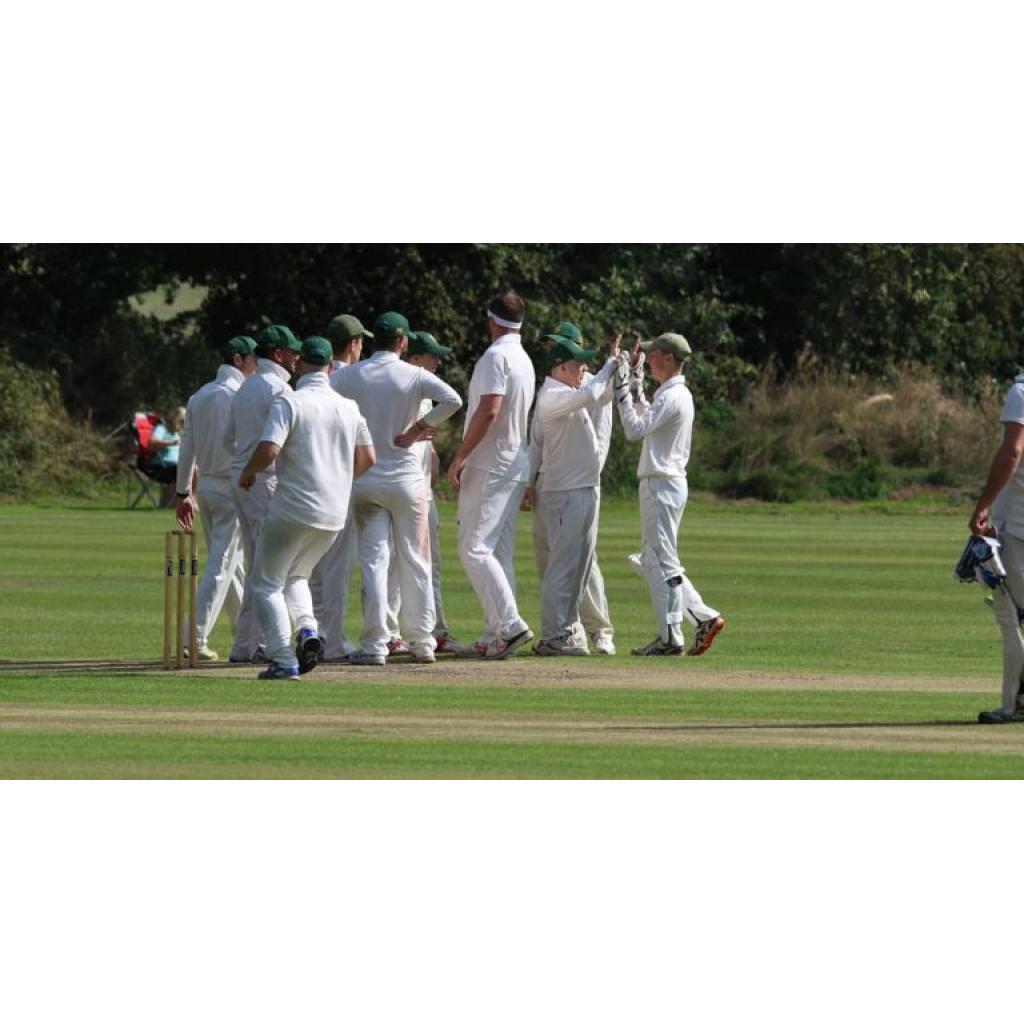 Ben Hicks’ third five-wicket haul of the season was not enough for Hale Barns First XI as they fell 44 runs short of the required target set by Christleton CC at Brooks Drive.

Campbell Vadlja scored a half century to put the hosts in contention for victory, but Adam Gittins took five dismissals of his own to all but end Barns’ hopes of a top-half finish in the Cheshire Cricket League Division 2.

The seventh-placed side made a promising start to the game as Hicks ran riot with the new ball, claiming a trio of wickets – including both openers – to restrict the score to 15-3.

However, Barns lost their grip of the momentum when Joshua Joseph and Tom Wells survived the early onslaught before shifting through the gears. Together, the duo added 134 to frustrate the home team until Joe Cooper (1-66) produced the breakthrough to remove Joseph (57), while Wells soon followed caught behind off Sam Smith (1-24) for 71.

Christleton skipper Josh Morgan Jones came and went for 22 as Hicks added a fourth victim having returned to the attack, but the runs continued to mount thanks to a fifty partnership between Arslan Dar and Michael Gaynon, taking the score on to 227-6.

Dar’s breezy innings of 42 off 38 balls came to an abrupt when he was run out by Hicks and the Barns skipper then struck for a fifth time to end with figures of 5-47 as the visitors set an imposing total of 232-8 from their allotted overs.

Cooper gave Barns a flying start to their run chase with four early boundaries, but he could only make 21 before being sent back to the pavilion by Dar with 27 runs on the board.

Tommy Smith and Vadlja built a steady partnership to put Hale in a strong position on 102-1 at drinks, but Smith was soon on his way for a patient 42 just two balls after the restart.

Another quick dismissal dropped Barns to 116-3, but Vadlja began to accelerate the scoring with two maximums, while Ben Staniforth showed positive intent from the off.

But they were unable to sustain the charge as Vadlja fell to Joseph (2-66) for an excellent 62 with 83 runs still required. And Barns failed to muster any further meaningful partnerships as Gittins ripped through the middle order, including Staniforth for 23, to put them on the brink of victory at 182-8.

Hicks smashed 16 from just eight deliveries, but he became Gittins’ (5-40) fifth dismissal before Dar (2-35) finished things off for the away side with 3.4 overs remaining.