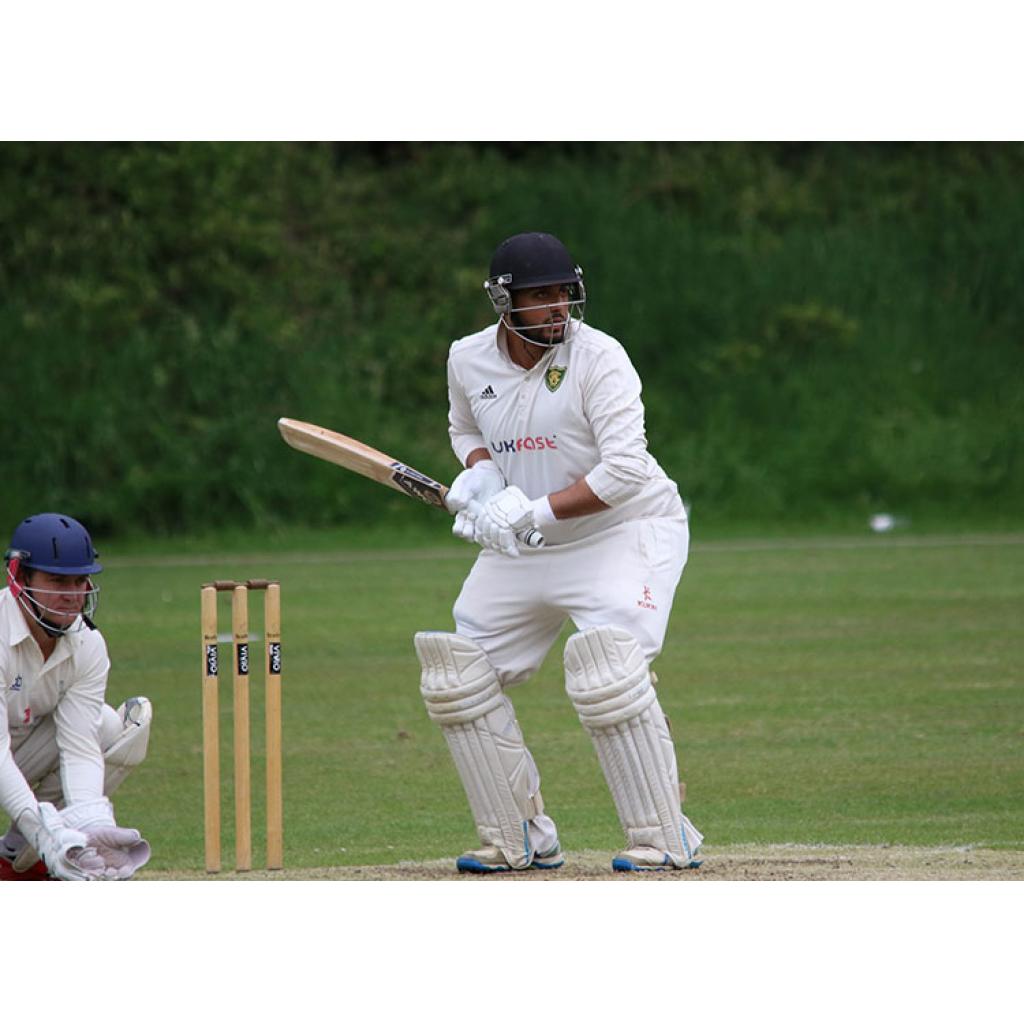 Hale Barns First XI started their defence of the Cheshire Shield in impressive style with a comprehensive nine-wicket win over Parkfield Liscard CC to progress to the semi-finals.

Ben Hicks ripped through the top order, taking five wickets with the new ball to restrict the visitors to a below-par total, while Khurram Hussain made an unbeaten half century as Barns cruised to victory.

After winning the toss and choosing to bowl, Barns made early inroads through Hicks, who removed both openers inside five overs to restrict Parkfield to 24-2.

Zaighum Abbas was aggressive from the off, smashing two maximums in his short cameo before becoming Hicks’ third victim for 28 off 18 deliveries. And things got even better for the hosts when Hicks struck for a second time in the over, sending back the dangerous Kamran Hussain.

Left-armer Hicks then completed his five-wicket haul in his sixth over to leave the away side in huge trouble on 54-5. Robert Courtney showed plenty of resolve, but wickets continued to fall at the other end as Alex Ross opened his account for the day thanks to a sharp catch from Ben Staniforth behind the stumps.

Joe Cooper then claimed two dismissals, both caught well by James Guest at mid-on, while Ross (2-7) doubled his tally to put the away side on the brink at 91-9.

Cooper (3-17) wrapped up the innings, with help from a terrific one-handed grab by Hicks at first slip as Barns bowled out Parkfield for 102, with Courtney left stranded on 18 not out from 66 balls.

With rain on the way, pressure was on HBCC’s opening pair of Cooper and Hussain to keep ahead of the required rate in the event of an early finish due to a downpour.

However, there was no reason to panic as the duo helped Barns stay on top throughout, remaining unscathed with 84 on the board after 16 overs as both batsmen found the boundary with regularity.

Having looked very comfortable, Cooper was suddenly undone for 35, but Hussain reached his half century and ended unbeaten on 52 to send Barns into the last four.