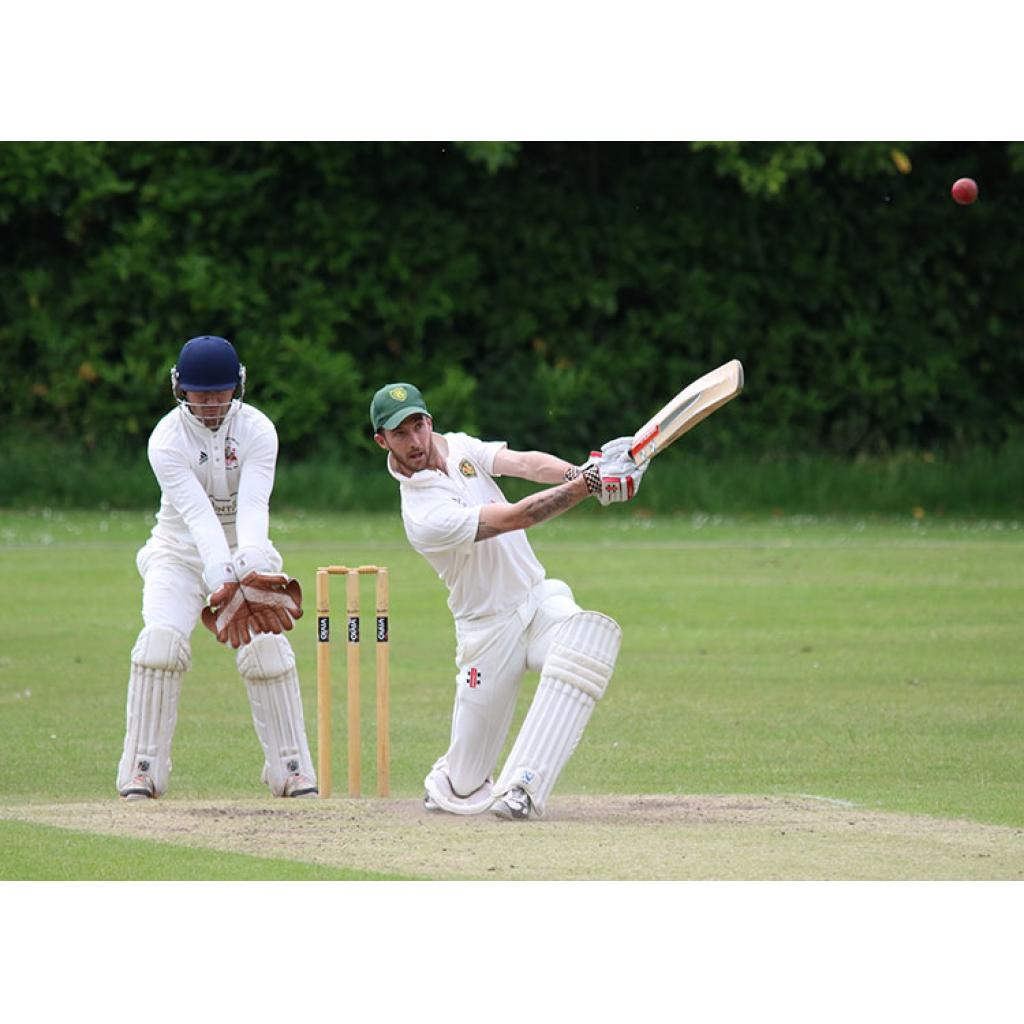 Hale Barns First XI were unable to build on their recent good run of back-to-back victories as they flopped to a narrow two-wicket loss against Warrington CC at Brooks Drive.

The home team made a poor start to proceedings after losing both openers for just nine runs, but Ben Staniforth and Alex Ross steadied the ship with an important partnership of 91.

However, James Rudd’s introduction into the attack led to a flurry of wickets, with Staniforth out for a patient 24 from 103 deliveries, while Ross also departed for 44, with Rudd quickly adding a third to his tally to reel Barns in at 112-5.

Tommy Smith kept the scoreboard ticking but received little support from the lower order as Brad McIntosh (3-47) claimed three victims – all without scoring – while Jonathan Fletcher produced a run out to leave Barns on 138-9.

Number 11 batsman Richard Fretwell hung around as the hosts tried to see out the overs, but Smith’s cameo finally came to end as he was caught on the boundary for 32, becoming Rudd’s (4-17) fourth dismissal to complete an impressive eight-over spell.

In pursuit of 152 to win, Warrington suffered a disastrous start as Younas Saeed removed both opening batsmen with the new ball, including a terrific caught and bowled, while Ben Hicks also claimed a scalp to restrict the visitors to 8-3.

Hicks doubled his tally in the 17th over, but the dangerous Fletcher quickly got into his stride and was joined by Malcolm Agar, with the pair adding 59 to steer the score along to 105-4.

Joe Cooper (1-37) was the man to break the deadlock as he sent Agar back for 24 and Barns were soon sensing blood when Fletcher fell to Saeed (3-27) for an excellent 76 off 67 balls with 45 runs required.

Sam Houghton played a crucial knock to guide Warrington towards the target, but Hicks (4-36) kept Barns hopes alive with two wickets in quick succession to put the away side eight down with six runs still to get.

However, Houghton held his nerve to complete the job, finishing unbeaten on 22 to help Warrington jump into second position in the table.