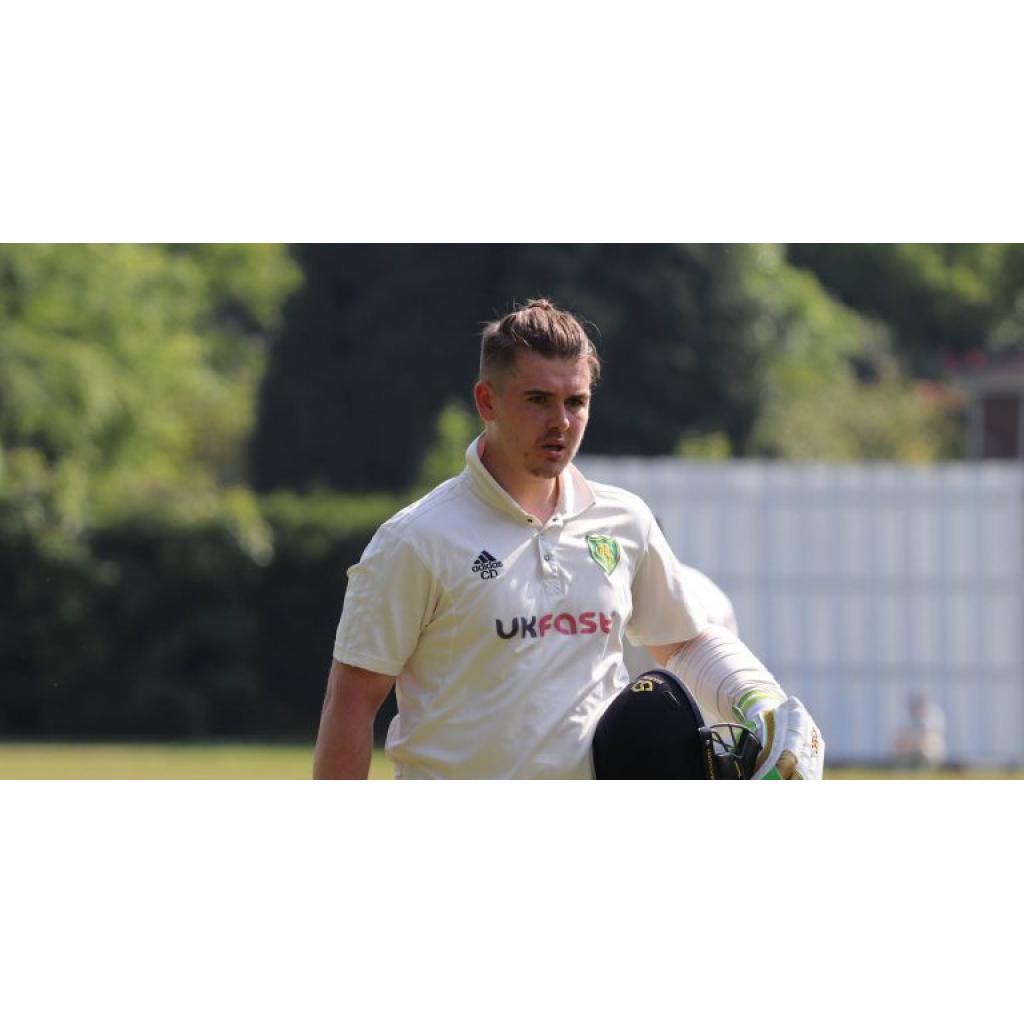 Christian Dodson struck a terrific half century to give Hale Barns First XI a slim chance of chasing down a total of 249 to win, but they ultimately fell 43 runs short of achieving the required target against Lindow.

The game began with Barns dominating the early proceedings, with Sam Smith making an early breakthrough, while Ben Hicks struck twice to restrict the hosts to 16-3.

However, Lindow seized control of the game following a tremendous partnership between Robert Hassard and Major Khan, with the latter taking an aggressive approach to leading a revival, hitting six maximums to reach a rapid half century.

The pair continued to frustrate the bowlers, but after toiling for the majority of the innings, Barns finally managed to claim a much-needed wicket when Smith returned to the attack and removed Khan for a magnificent 96 from 94 deliveries, ending a partnership worth 169.

Hicks (4-56) added another dismissal to his tally and then sent Hassard back to the pavilion shortly after, with the opener’s patient display coming to a close for 67 with the score on 227-6.

Smith (3-47) made Ben Tyler his third victim for just 12, but Lindow had already put themselves in a commanding position by posting 248-7 before declaring with two overs to spare.

The visitors endured a tough start to their mammoth run chase as opening duo Mike Hunter and Joe Fretwell-Walsh both departed without reaching double figures.

Khurram Hussain (21) and Campbell Vadlja (19) provided brief resistance, but neither were able to capitalise on promising starts as they were both caught in quick succession to reduce Hale to 49-4.

Vice-captain Dodson looked in fine form and took on the bowling with an array of lusty blows, finding the boundary on 11 occasions and clearing the ropes once on his way to a terrific fifty.

He formed a solid partnership with Ben Staniforth as hope began to build of an unlikely victory, but that optimism diminished when Staniforth (19) succumbed to Sultan Raja, while Dodson’s stylish cameo came to a close on 57 from 40 balls off the bowling of Alex Matthews (3-60).

Smith (17) and Hicks (25) dug in as they attempted to steer Barns into contention, but their efforts were to no avail as both fell to Raja (5-29) before he secured a five-wicket haul by taking the final dismissal to bowl the away side out for 203 with 6.1 overs remaining.