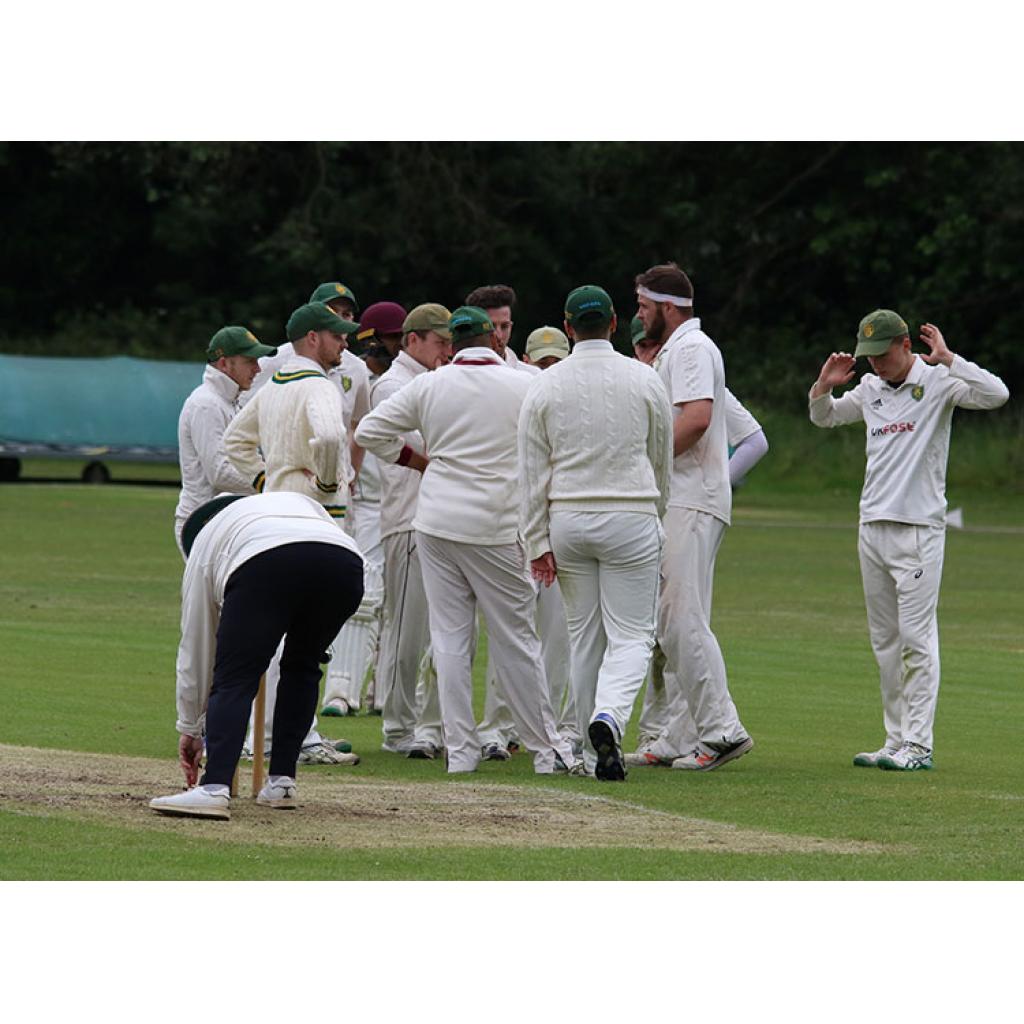 Dodson Returns To Form As Firsts Win Two In A Row

Hale Barns First XI moved up to third in the Cheshire County Cricket 1st XI Division 2 table after sealing their second successive victory with a convincing display at Northwich CC.

Christian Dodson hit an unbeaten half century to steer the visitors to a mammoth total of 250, while Joe Cooper continued his remarkable recent record with 52 and six wickets as Barns triumphed by 144 runs.

It was a welcome return to form for Dodson, who had failed to reach double figures in his previous five innings in 2019. He said: “It was good to finally get some time at the crease, find the middle of the bat and get some runs. Once I’d played myself in, I didn’t really feel like I was going to get out.

“I’ve tried to focus on taking my time early on. If I can stay in for a long time I’m going to score runs with the way that I play, so I just need to get my eye in and make sure I’m settled and then I can really start hitting the ball cleanly.

“We know the bowlers will always do the job for us and if we can all start contributing with the bat then we’ll be tough for any team to beat. We’re going to be pushing for those promotion places.”

HBCC experimented with a new opening partnership as Khurram Hussain joined Cooper at the top of the order and the move paid dividends, with the duo comfortably putting on 51 in just 11 overs.

Hussain’s fluent knock was cut short though after being triggered lbw for 32 off the bowling of Glinoj Cherian, who quickly claimed a second dismissal. Cooper maintained the scoring rate and progressed to his second half century in consecutive weekends before Cherian once again intervened to remove him for 52.

Having been in a precarious position at 90-4, captain Tommy Smith and Ben Hicks proved to be a crucial pairing in the middle overs as they added 70 as a partnership, with Hicks contributing the majority of the runs.

However, another mini collapse occurred when both departed with the score on 160 as Smith fell for a patient 16, while Hicks became Cherian’s (4-59) fourth victim after being stumped for 48.

With 15 overs remaining, Dodson took centre stage by striking 11 fours and one six as he smashed 66 from 50 deliveries, with Barns recording 42 runs from the final five overs to finish on 250-9.

It took the away side eight overs to make a breakthrough as Younas Saeed (1-15) made the most of his first opportunity to bowl with the new ball this season.

Northwich failed to show much intent to chase the runs down, but did display plenty of resistance to frustrate the bowlers until the introduction of Cooper, who sent back Mark Phillips for 18.

From 49-1, the hosts slipped to 52-4 with Hicks (2-25) heavily involved, running out Cherian (22) before finding an edge to Smith behind the sticks. The quick left-armer soon doubled his tally and Cooper grabbed three more dismissals to put the home team on the brink of defeat at 78-8.

And it was star performer Cooper who finished the job by registering his second haul of six wickets in successive league games, completing the innings with figures of 6-28 as Northwich were all out for 106.