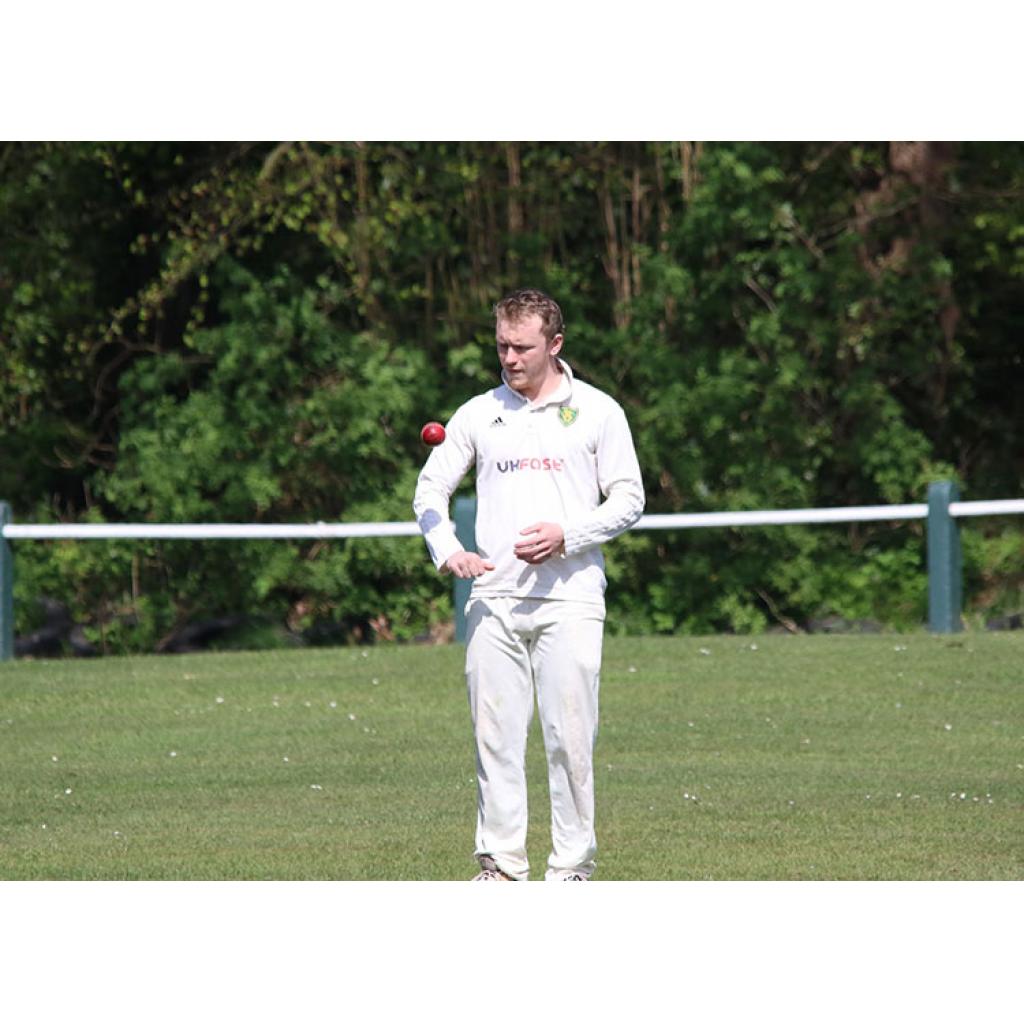 The spinner dismantled Haslington’s batting line-up, although debutant Luke Skade’s contribution was equally important as his unbeaten half century steered Barns to a defendable total after a difficult start.

HBCC’s decision to bat first appeared to have backfired just seven overs in after Imran Khan had struck two early blows and Jack Taylor (2-49) added one of his own to reduce the score to 20-3.

Opening batsman Sam Smith (28) offered plenty of resistance and built a promising partnership with Tom Saddington (10) as the pair put on 33 for the fourth wicket. However, Khan was once again at the heart of the action to dismiss both in quick succession, leaving Barns on the ropes at 58-5 from 20 overs.

Newcomer Skade looked composed and organised at the crease to spark a recovery alongside James Fullerton-Batten, until the latter was out for 15 with the visitors still yet to reach triple figures.

The duo added 52 together, with Skade passing fifty for his maiden milestone at the first time of asking in HBCC colours. Ahmed did eventually fall for 17, but Skade remained until the end following a crucial knock of 60 off 104 balls, setting the home side a target of 169 to win.

In response, a breakthrough was made in the second over by S Smith (1-34), while Ben Hicks (1-16) opened his account for the season to restrict Haslington to 15-2 after six overs.

Cooper’s introduction to the attack paid immediate dividends as he removed the dangerous Ben Istead (13), and the wickets began to tumble as the score slipped from 43-2 to 63-5, with opener Jack Moran gone for 33.

Cooper added a fourth victim to his haul and Ahmed (1-29) then made a key impact with the removal of Taylor, who had scored freely for his 41 from 38 deliveries.

And despite an unbeaten 14 from Tom Hackett, Cooper (7-41) wrapped things up with the final three dismissals to complete his day with seven wickets from just 9.4 overs, bowling Haslington out for 127.