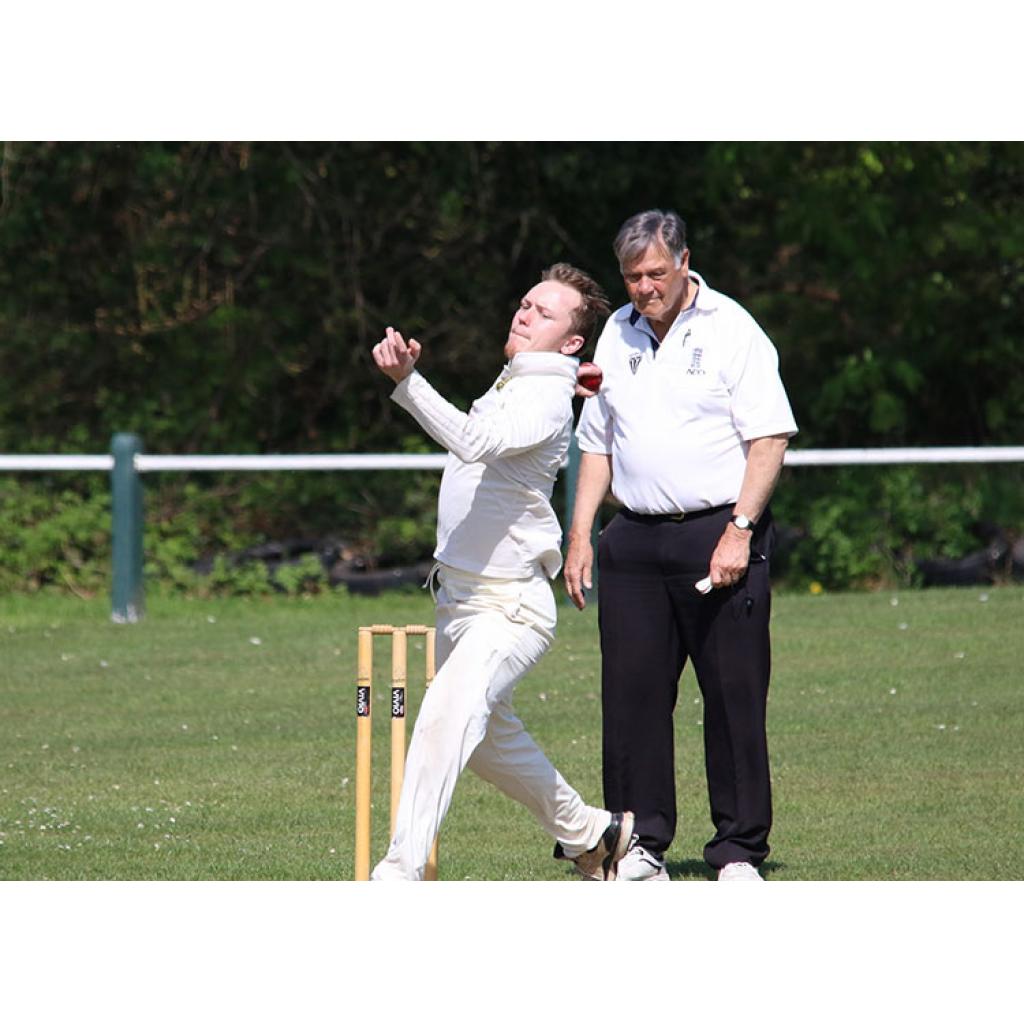 Hale Barns First XI all but secured their Cheshire County Cricket League status for another season with a 31-run victory over relegation-threatened Tattenhall CC.

Captain Tommy Smith struck a crucial unbeaten half century to steer Barns to a defendable total of 161 all out, while Joe Cooper then claimed seven wickets to put HBCC 73 points ahead of the bottom two.

The visitors made a disastrous start after winning the toss and electing to bat as Alan Brock (1-9) and Muhammad Umer took a wicket apiece to restrict them to 11-2 from four overs.

Umer sent two more batsmen to the pavilion, while Cooper’s fluent knock was ended by Aamir Afzal for 27 as the collapse continued at 37-5. Smith and Alex Ross dug deep to lead the revival, taking their partnership into the 31st over before Ross was stumped for 18 after the pair had put on 42.

A quickfire 24 from Tom Saddington reinvigorated Barns’ innings and Smith maintained the charge in the latter overs as he progressed towards a half century, while Peter Stubbs also added a handy 14.

Aamir Afzal (4-45) ended with four wickets by wrapping up the tail, but not before Smith reached his milestone, registering a vitally important 52 not out off 96 balls to deliver his first fifty of the season.

Having gathered momentum in the late on in their batting display, Barns took just four overs to make a breakthrough thanks to Ross.

Afzal and Tom Fearnall remained unscathed to take the score to 41-1 off 11 overs, encouraging the skipper to introduce Cooper to the attack, which paid dividends almost immediately as he found a way through the defences of Fearnall (9) with his third delivery.

And the spinner followed that up with a magical second over, removing Afzal for 28 and then trapping the potentially dangerous Umer for a golden duck to put HBCC firmly in control at 46-4.

Ross (2-52) was soon back in the action to double his tally, while Cooper ended the resistance of Rob Okell (23) to make Barns firm favourites. Max Harper and Ryan Spann also showed they were capable of frustrating the bowlers, but when Harper (20) was trapped lbw for Cooper’s fifth dismissal, the end appeared to be in sight at 98-7.

However, Spann found the boundary on four occasions to edge Tattenhall back into contention, but ultimately ran out of partners after Stubbs (1-23) got in on the act and Cooper added two more victims to complete his 15-over spell with remarkable figures of 7-36.