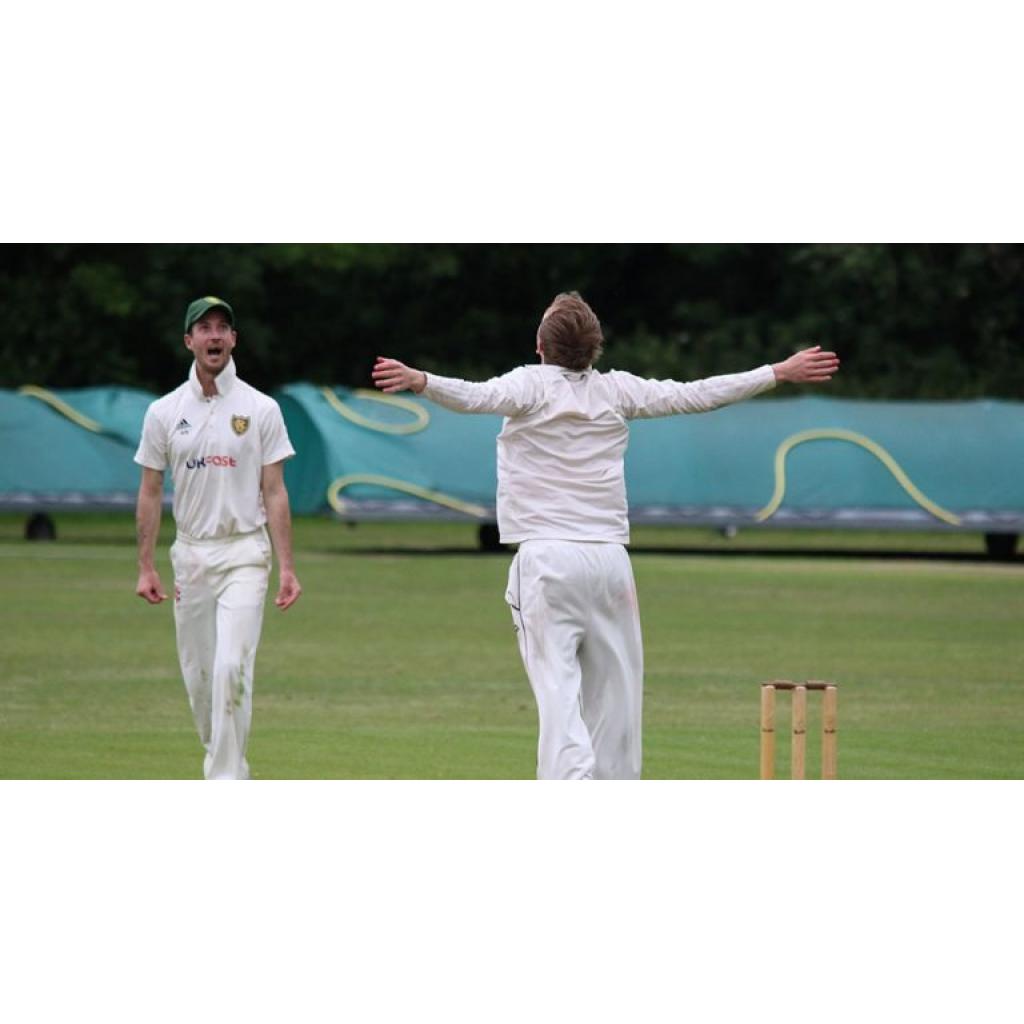 Joe Cooper was the star with bat and ball as Hale Barns First XI got back to winning ways with a comprehensive 109-run victory over Tattenhall CC.

Overseas all-rounder Alex Ross notched his first half century for the club, but it was Cooper who stole the show after top-scoring with 92 and then claiming six dismissals to lift Barns into the top half of the Cheshire County Cricket League 1st XI Division 2 table.

Vice-captain Cooper said: “We really needed a win to get back on track after two losses in a row, so it’s an important result for us. We’ve found it difficult to get going with the bat, so it was helpful to win the toss and bat first against a team who haven’t really been performing either. Hopefully we can build on that over the next few weeks.

“I got a bit lucky because I edged a couple through the slips, but I’m pleased that I managed to cash in and get some good runs. I took seven wickets a couple of weeks ago but it means nothing when you end up losing the game, so it feels great to contribute to a win.

“Last season, we won the first game, had one rained off, lost two and then the turning point was a win against Tattenhall, so having repeated that exact record, hopefully it’s a good omen for us to get on a good run.”

The hosts suffered a difficult start with captain Tommy Smith falling for just one, while Aamir Afzal removed Ben Staniforth (5) and Khurram Hussain (6) cheaply as Barns limped to 57-3 from the opening 20 overs.

However, Cooper looked in imperious form and received able support from Ross, with the duo both passing fifty to set the foundations for an imposing total.

The pair added 103 together until Ross’ innings came to an abrupt end after being run out for 54, while Cooper was finally trapped lbw by Afzal (3-44) for an excellent 92 to leave HBCC on 175-5.

The run rate accelerated significantly in the latter stages as the home side hit 45 in the final five overs, with Ben Hicks at his destructive best by striking three sixes during an exciting cameo of 41 off 22 balls.

Sam Smith (16 not out) also enjoyed a brief stay at the crease as Barns posted a formidable 227-7, despite a couple of late wickets for Stu Sadler (2-43).

Tattenhall’s reply got off to a flying start with openers Muhammad Umer and Afzal racing to 51-0 after just nine overs, but Cooper soon made his mark with the ball by breaking the partnership in his first over with the dismissal of Umer for 21.

Ross (2-41) then claimed two wickets in quick succession, including Afzal for 37, while Cooper could not be kept out of the action as he took his tally to three, with the visitors slipping to 86-5.

The flurry of wickets were temporarily stopped by Sadler, who reached 28 before Younas Saeed’s introduction into the attack proved to be his downfall.

His departure signalled the end of Tattenhall’s hopes of saving the game as they lost their remaining five batsmen for just six runs, with Saeed (2-5) adding another victim and Cooper cleaning up the lower order to finish with magnificent figures of 6-26, giving Barns a convincing win inside 33 overs.