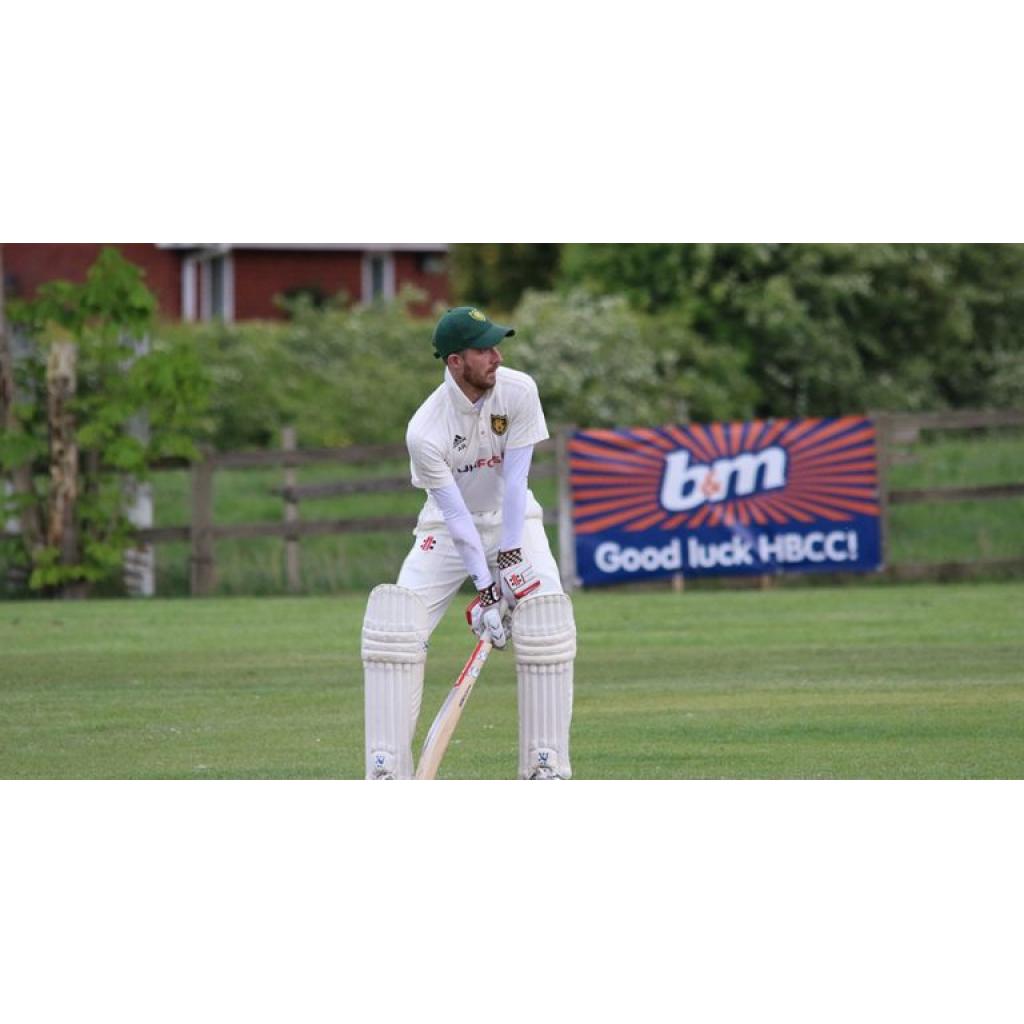 HBCC could not have started any better as Ben Hicks made the breakthrough with the first delivery of the game and quickly added another victim to restrict the hosts to 15-2.

Tom Leese (39) and Callum Hewetson recovered the innings admirably by putting on 57 together, but both fell in quick succession just prior to drinks as Joe Cooper (1-43) removed the latter for 21 before Younas Saeed (1-17) celebrated his first over of the season with a wicket maiden.

Wickets continued to tumble for Congleton, with opening bowler Alex Ross (4-32) returning to the attack and claiming four dismissals, while Hicks (3-44) sent Jack Higginbotham back to the pavilion for 29 as the home side limped to 146-9, having lost four batsmen for just 20 runs in the final eight overs.

Barns have struggled with the bat so far this season and were immediately put under pressure when captain Tommy Smith was trapped lbw by Jack Goode (1-18) with the second ball of the innings.

Higginbotham got in on the act with two dismissals of his own to leave the visitors reeling on 9-3 after five overs, while things got even worse when Cooper suffered some incredible misfortune.

The opening batsman looked in great touch on his way to 21, but his time at the crease was cruelly cut short when a Sean Cardall delivery barely lifted off the ground and hit Cooper’s pads plumb in front of the stumps.

Barns’ middle order were unable to play themselves into form as Higginbotham (4-23) took two more wickets, while Cardall struck twice in one over as the score slipped to 50-8.

Ross top-scored for the second week in a row and batted superbly to reach 35, but was merely delaying the inevitable before eventually being stumped in the 24th over. And Cardall wrapped things up just a few balls later as he finished with figures of 4-21 to bowl out the away team for just 72.